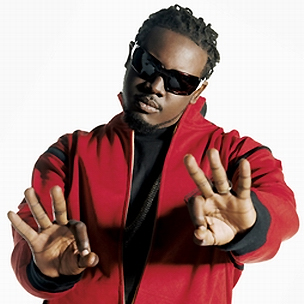 T-Pain addresses Future’s use of Auto-Tune but says that he respects the rapper’s movement.

T-Pain came at Future earlier this week after posting a picture on Instagram that insinuated that the latter stole the idea to feature a Bugatti in his music video.

During an interview with Hot 93.7, Teddy P turned his focuse to Future’s music, stating that he doesn’t know how to use Auto-Tune. While he was quick to point out his technological shortcomings, he did commend Future for his songwriting abilities.

I don’t think Future gets the technology very well. I don’t think he understands how it actually works,” he said. He’s writing great songs. He’s a great writer. Keep in mind, you can use Auto-Tune and you can know how to work perfectly, but you still have to know how to write a good song. Just because he sound good doesn’t mean he’s saying good stuff. As far as how he uses Auto-Tune, I don’t think he knows how it works. I think he’s thinking that you just turn it on, and then it just happens. But nah, he writes great, great hooks and great songs themselves. I just don’t think he actually knows how to use Auto-Tune yet.

He also noted that many musicians don’t know how to properly use the plug-in, recording their vocals and then adding on the filter after. While he suggested that Future was one of those artists, he bigged up his movement and said that he’s “great.”

A lot of people don’t sing with it, a lot of people just sing and then put it on after, which is a terrible mistake. There’s a lot of stuff you’ve gotta know about Auto-Tune before you can start using it, because it’s the hot thing to do. But Future’s still great right now, he’s doing his thing.

T-Pain most recently released his new mixtape Stoic, while Future dropped the repackaged version of his debut Pluto as Pluto 3D.

Drake & Chris Brown Sue Each Other Over Nightclub Brawl