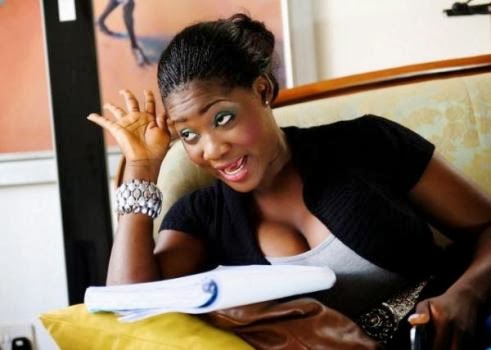 Currently the highest earning Nigerian actress Mercy Johnson has hit back at a cross section of the Nigerian film marketers and promoters for their intents to ban her from their movies as they believe her charges are getting outrageous.

The actress took to twitter and broke the silence as she believed silence is not always golden as the saying goes.

@Denz_Rhal am good dear, I dey vex jor, seems like silence is golden no dey work for certain peeps

Even with all d paying press to diss me,i still came dis far,take d back sit babe's, behind me is where u belong so back off and quit tryin

Good morning peeps,today I sit N sip ma Kunu tasting like champagne, Na God do am and only he can take it bacK. not yet time gurls stay back

Wats wrong when u keep quiet till u no wats up?no petition,no complain just fees those who can't afford heineken should stick with 'Kai kai'

Late last week, news broke that Nollywood marketers had banned actress Mercy Johnson Okojie for being too expensive. The ban will however hold till January 2014 since the actress is already booked for the remaining of the year.

Mercy charges between N1.8m to N2m approximately $11320 to feature in a movie.

Mercy Johnson is not the only actress to suffer this fate as Genevieve Nnaji, Ramsey Noah, RMD, Emeka Ike, Jim Iyke and others were blacklisted.