BOOK ON Azumah Nelson – ‘The Professor: The Life Story OF AZUMAH NELSON’ OUT 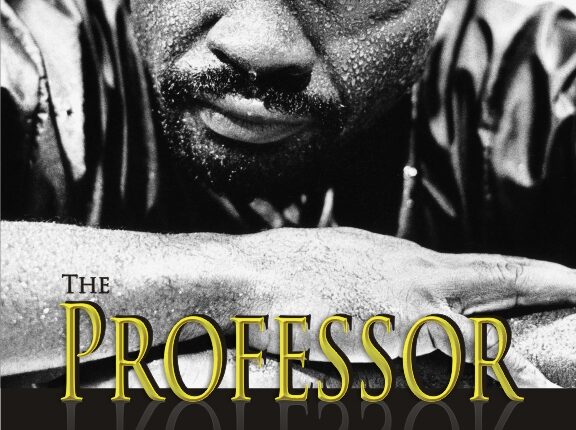 Fighting for Recognition: One Man and His Nation Biography of African Boxer Azumah Nelson Is a Knockout For those curious about the life of Zoom Zoom, The Professor, Azumah Nelson, a recently published book, written by Ashley Morrison is currently out on sale and what a story author Ashley Morrison has to tell.

And it’s all true! Azumah Nelson has been described as the greatest boxer to come out of Africa. Born the year after his home nation of Ghana gained independence, he played a major part in putting his new country on the world map.

Very few champions have carried such a burden of expectation. Azumah delivered at a time when his country needed a hero. He never faltered and won the respect of many sports fans across the globe. As an amateur, he won every title except an Olympic medal, as Ghana boycotted the 1980 Games when he was favored to win.

After turning professional, he took a last-minute bout for the world title with Salvador Sanchez, a bout that changed his life. Two years later, in 1984, he won the WBC Featherweight World Title.

Like many champions, Azumah rose from humble beginnings and suffered tragedy, but he overcame his background to triumph and remain a world champion at featherweight and super featherweight for 11 years.

His story pulls no punches! THE PROFESSOR: THE LIFE STORY OF AZUMAH NELSON (ISBN: 978-1-62857-105-9) is now available for $18.95 and can be ordered through the publisher’s website: http://sbprabooks.com/AshleyMorrison or at www.amazon.com or www.barnesandnoble.com. WHOLESALERS:

This book is distributed by Ingram Books and other wholesale distributors.

Contact your representative with the ISBN for purchase. Wholesale purchase for retailers, universities, libraries, and other organizations is also available through the publisher; please email bookorder@aeg-online-store.com.