BBA #Hostshots Update: It’s the end of the road for Mira 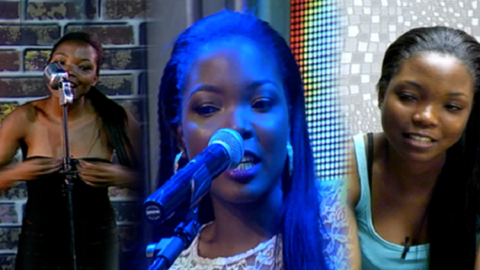 It seems too soon but it couldn’t be any other time for pretty and slender lady representative from Mozambique Mira as she was set packing.

Appearing as the shy type, Mira assured Biggie that she was not at all shy and wished Africa to understand her. She said that she was just very nervous at the launch show and may have given the impression that she was shy.

“Perhaps Africa began believing that she was not much of a shy girl with the scandal on Friday’s party night when she kissed Luis and Nhlanhla. This was not anticipated from the reserved and somewhat quiet lass, but all was forgotten as events were blamed on the alcohol.”

Unfortunately, she was the second evictee and just when her name was announced she immediately lunged into Luis’ arms for the last embrace in Biggie’s house. Luis cried and Idris and Sipe comforted him. She embraced Luis again and they kissed as she rushed out of the house.

Resa from Zambia became the first housemate in the on-going Big Brother HotShots to be evicted from the game.