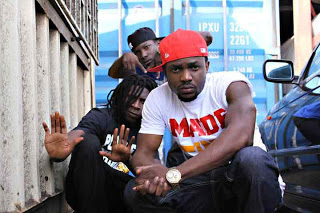 Tema based music giants Padae and Mugeez who make the group R2Bees have denied allegations being circulated by a cross section of the media referring to their new single “Bayla Trap” which features BET Award winner, Sarkodie as a response to WBDN record label CEO and artist, Asem’s Last Fylla song.

#BaylaTrap is no response to Asem’s fylla track, we played the beat and recorded the hook two years ago, don’t be fooled by the media. To be relevant at another’s expense is cheap publicity, we don’t do that…. Thanks”

Synonymous to his name “Asem” in the local Akan dialect which could mean trouble or issues, his new single “Last Fylla” which according to the artist is a combination of the two most controversial songs (Filla and Last Song) according to some section of the media might have incited the Tema based music group R2Bees and Sarkodie to rebut with their new single “Bayla Trap” which the group has vehemently disputed.

Museum to be built in honour of Late Terry Bonchaka