Museum to be built in honour of Late Terry Bonchaka 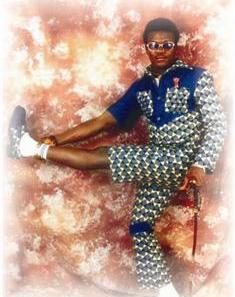 As October marks a decade since the passing of music Terry Bonchaka (born Terry Adjetey), grandson of former speaker of Parliament Peter Ala Adjetey who passed away in a terrible car accident after a performance at the University of Ghana, his then manager Reagan has disclosed a museum would be built in honour and celebration of the dynamic music artist whose demise took the nation by storm.

Confirming the news to NY DJ on Homestretch on Kapital Radio in Kumasi, Reagan said the museum will not only be built to honour Terry Bonchaka but will house the archives of great Ghanaian musicians whether dead or alive.

Answering questions as to funding of the project, Reagan disclosed that preparations are far advanced in organizing a concert which would be held next year after which proceeds will go into the commencement of the museum.

He was however thankful to the leadership of the Musicians Union of Ghana (MUSIGA) for the support given so far and their consent and preparedness to help in the execution of the plan.