Anas Aremeyaw, El Anatsui and David Adjaye Named Among Most Influential Africans in 2014 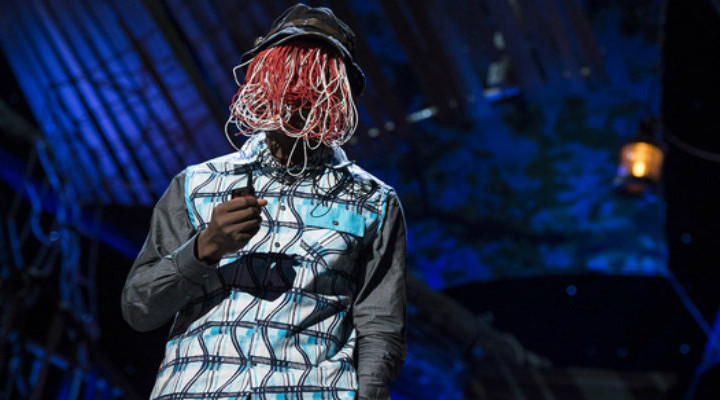 This year’s listing of what has become one of the definitive listings of most influential Africans makes for an interesting read. It was a year that saw over 200 schoolgirls abducted overnight by the Nigerian militant group Boko Haram – an event Obiageli Ezekwesili was not going to let slip away quietly.

Listed by New African for her influence in Civil Society and Activism, Mrs. Ezekwesili, one of the founders of Transparency International used her voice to speak up for those who could not, as she demand #BringbackOurGirls. Slowly but surly this message went viral and the world began to listen.

Another one who makes the list is Lupita Nyong’o, who set fashion blogs on fire and left film critics in awe, as she gracefully carried the beauty of Africa to the global stage. Celebrated by New African for winning an Oscar for her role in ’12 Years a Slave’, the academy award winning actress was also appointed ambassador for Lancôme cosmetics and named as Glamour’s woman of the year.

This year’s listing is not dominated by men with more than 40 women featuring in the list. South Africa and Nigeria dominate the listing with 33 and 27 entries respectively. There are four African heads of state. President Kenyatta, President al-Sisi of Egypt, President Déby of Chad and President Museveni of Uganda. All have featured prominently in 2014 with the latter two playing important roles mediating regional conflicts.

When people talk of African solutions to Africa’s problems, this was the year for the ‘Afri -Innovator’ Kelvin Doe. A self-taught engineer by the age of 13, Doe used scraps to build a generator to power a radio station to entertain audiences under the guise of DJ Focus. He has since signed a $100,000 deal to develop his own solar power technology, with a TED talk to add.

There are some names you would expect such as businessman Aliko Dangote and other heads such as Donald Kaberuka of the African Development Bank and Carlos Lopes of the Economic Commission for Africa. But there were also some new faces, emerging satirist Ikenna Azuike, who has just signed a show with the BBC, or Chester Missing, the puppet which makes so much noise in Southern Africa.

In essence, this was a roller coaster year across the continent and the Most Influential Africans of 2014 highlight the key themes, personalities and game changers of the year, for the celebrations and the controversy. A year in review, this edition of New African will also pay tribute to the late BBC Correspondent, Komla Dumor, and Female Genital Mutilation Campaigner, Efua Dorkenoo – African Icons, gone too soon.

The full version of the list is available  in the December issue of New African, available on news stands from Tuesday.