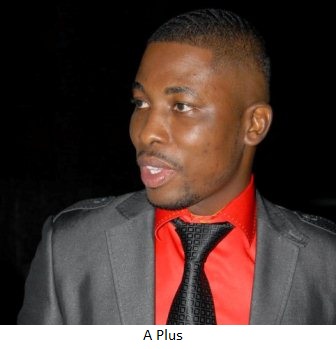 Popular Ghanaian musician and satirist, A-Plus has lashed out at gays as tensions heighten in Ghana as to whether the country is willing to accord gays and lesbians certain rights and privileges.

The discussion which until recent times has become very pivotal on most radio shows and even on social networking sites has had so many Ghanaians expressing their opinions. Among the numerous Ghanaians is musician and satirist A-Plus.

In a post on Tuesday February 5th 2013, A-Plus lashed out at gays calling them “moagyimi gyimi” which in the local Akan dialect means ” you are fools”. Starting from a comic angle, A-Plus went ahead to say;

So if I may ask; do gays give blow job? Hehehe. Oh charley…! How on earth can you put another man’s “Kweku” in your mouth? Even with a woman I’m always scared she will bite it. Hahahaha. But I love it you know…? When a woman does it, it do me logoligi. Hahahaha.

A man must be brave to put his “Kweku” in another man’s mouth I swear….!!! Gay guys, hahahaha moagyimi gyimi papapapa. What if your partner is running…? Hehehehe.

Hmmm I wish someone tries my buttocks like I will blast your face with atomic bomb.

Would gay and lesbian rights be approved ever in Ghana?

Ghanaian born Blitz the Ambassador wins $35,000 at the Vilcek Prizes for Creative Promise.