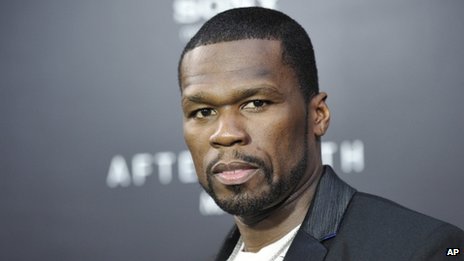 Rapper 50 Cent has been charged with attacking his ex-girlfriend and trashing her home in Los Angeles.

The 37-year-old musician and actor, whose real name is Curtis Jackson, was charged with domestic violence and four counts of vandalism in papers filed on Monday.

A representative for Jackson has yet to respond with a comment.

Police say they were called to an home in Los Angeles on 23 June, where they found a woman and baby. Curtis Jackson had already left by the time they arrived.

The woman told police the rapper began destroying her property during an argument before locking herself in the bedroom.

She said Jackson kicked open the bedroom door and kicked her.

They said the rooms were ransacked and that they found clothes strewn about and items including chandeliers, furniture and a television broken.

The woman told police she had been in a relationship with Curtis Jackson for three years.

Many of 50 Cent’s songs talk about his experiences of drug dealing and violence.

He is also famous for having survived nine gunshots in an attempted killing.

In addition to his music career, 50 Cent has appeared in films including the autobiographical Get Rich or Die Tryin’.

He also has a role in Escape Plan alongside Arnold Schwarzenegger, Sylvester Stallone and Vinnie Jones, which is out later this year.

Jackson is due in court on 22 July.