Wow!!!! The £13 mobile: Nokia unveils cheap handset you only need to charge once a MONTH 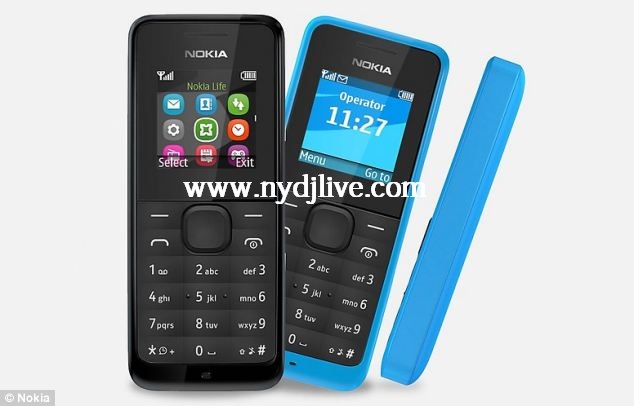 If you’re fed up with charging your smartphone every night – not to mention trawling through hundreds of features just to make a call – then you’re in luck.

Nokia has unveiled a simple £13 mobile phone that can last for 35 days on a single charge.

It is aimed at emerging markets where electricity is rare, but could also be sold as a back-up phone.

The Nokia 105, which is set to go on sale within weeks, has a colour screen, built-in torch and an FM radio.

It’s now the cheapest phone in the Finnish firm’s range, and was hailed as ‘the ultimate festival phone’ at its launch.

A spokesman for Nokia said: ‘The phone was created to offer the essentials – phone calls and SMS – but also some desirable extras.

Nokia’s experience in optimising phone quality, combined with its global footprint and economies of scale, is a major contributor to being able to work to such a low price.’

The firm also used the Mobile World Congress in Barcelona to launch three other low-cost devices, including a £120 smartphone, the Lumia 520.

Experts predict this will be a big year for cheap smartphones, as firms try to attract customers in the developing world.