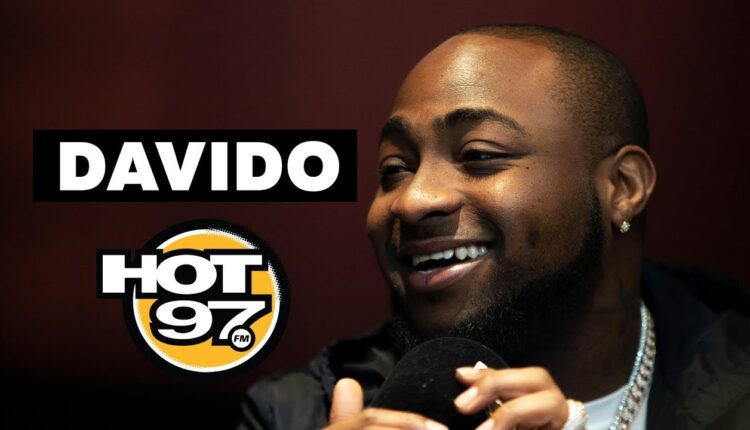 Nigerian Afrobeats star Davido has revealed it cost him a PENALTY of almost £100,000 to have his sold-out show held at the iconic o2 Arena in London.

Perhaps you are one of the very reasons Davido had to cough up a whooping £100,000 as a penalty for his much talked about show.

The musician in an interview with Ebro In The Morning on Hot 97 revealed lateness to the event cost him that huge amount and he was willing to pay for it.

Scheduled to start at 8 pm, Davido narrated the venue was half empty as at the time and decided to wait although he had been told it would cost him a

“You know how we Africans do it, we are always late. We take time. I was to go on stage at 8 pm but I said I can’t get on stage at 8 because people were still walking around. I looked at the arena and it was half empty.

The reason for doing this was simple, just to make sure the arena was filled before he mounted the stage.

“I know my people. People just want me to fail. If I go on that stage and the place is half empty, somebody will take that picture and that picture will go viral than anything. I waited, it was like 9:30 pm… After the show, everybody was quiet. There were telling me I couldn’t do it.”

As of the time of this publication in 2019, Davido was the first African artist to sell out the 21,000 o2 Arena alone!

Watch the video interview from 17:30 minutes.

Video: Davido Narrates How His Father Sent Him To Jail And How A Prison Guard Helped Him Abscond