Worth Reading!! Samini Pours His Heart Out on Kwaw Kese’s Arrest 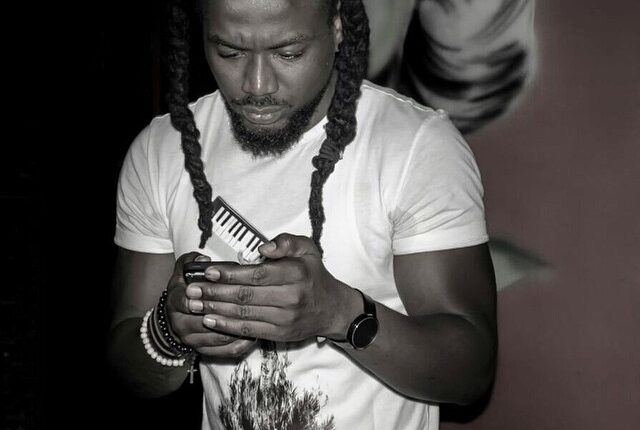 Amidst the cry and call by many to free Kwaw Kese after he was arrested on Saturday November 22 2014 for allegedly smoking “Indian Hemp”, respected dancehall act Samini has penned down a hearty message worth sharing with all who wish Kwaw Kese well.

“It’s really not the right time of the year for anybody to be going through what my brother and fellow artiste @kwawkese is going through at the moment.

It’s Sad and unfortunate that he was caught slipping and has been made a scapegoat in this situation. As a people we all break the law directly and indirectly at some point and usually get away with it. It is only when you come into contact with the law head-on that you get the wake up call.

I’m sure my brother has regretted his actions already with the Kind of humiliation he’s been through in the past few days behind bars. We live in a society where hypocrisy and ignorance are normal ways. People litter the streets to give us cholera and are left to roam about doing it everyday.

Others run red lights and pay bribes in traffic constantly. Just to mention a few we realise how many times we commit petty crimes and walk freely. This is a case of the abuse of a substance and we need to draw the line between being a criminal and an addict on a substance. What happened to fines and rehabs for patients ?

Are we going to rather lock up and destroy a victim to a societal substance abuse rather than reform and rehab them to return and contribute to society. He’s an entertainer and a Dad.

Moreover in more developed countries such substances are seen as purely recreational when it’s just a quantity for personal use. And these laws we use here were brought in by these countries who have over the years seen the need to revisit and decriminalise certain acts including smoking just a joint .

We have stuck to it like the wigs in the court rooms when it’s 90 degrees blazing hot. Lol. Our judicial system needs to be revised as those who formed it for us no longer use them. He shouldn’t have used it in a public place as it’s not legal in Ghana.

We collectively as an industry apologise on his behalf and beg for mercy on him. He can be better in society by rehab as a user than jail as he’s not a dealer. A word to the wise ……‪#‎Freekwawkese‬”