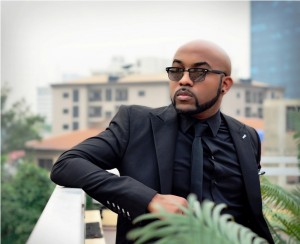 It seems not long ago that D’banj and record producer, Don Jazzy, split.

The fans are just healing from that shocking situation. Next came MayD‘s departure from the likes of hit group, P-Square. Now, in 2013, fans are being slapped once again with the reality that Wizkid, former EME (Empire Mates Entertainment) artist, has “left the building”. Truth be told, things are getting ugly like coyotes.

Earlier last month it was rumored that Wizkid might be leaving EME, being that he signed on with Disturbing London, a management company based in the UK, and headed by Tinie Tempah. Time has solidified the claims, and just recently, cyberspace showed fans and the media the true “beef” that is between Banky W and Wizkid.

Twitter is the grounds for disputes between many artists and celebrities nowadays. The tweets between the two artists left impressions of which can be nut-shelled into the following: Banky W thinks Wizkid is an “ingrate”, and Wizkid is sure that his ‘loyalty was mistaken for stupidity’.

The latest trend in Nigerian music is artists not getting along. “It’s all about the Benjamins, baby.”  However, this is nothing new, as it has been happening for decades. There is actually the good, the bad, and the ugly with this trend. As seen, the African music scene has expanded tremendously because everyone wants to have it their way, like Burger King.

The good part of it is there are a lot of labels…a lot of talent, which means more business is being created everywhere. The bad part of it is that the fans’ emotions are being toyed with. They become use to, for example, “It’s Don Jazzy again”, said by D’banj, or “EMEZ”, by Wizkid but eventually, fans get their hearts broken, and all transpires into the throwing of sour grapes in cyberspace, most often on Twitter.

The ugly part of it all is that if things go unsettled for too long, the fans may be turned off, losing respect and admiration for both parties involved.  This being said, we know as human beings that big egos can result in a lot of bloodshed, in the likes of Biggie and Tupac.

Chris Brown’s Smoking On Stage Was An Act – Charter House