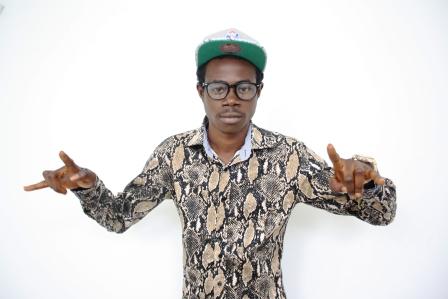 Hearing his songs from the CUE studios in Kumasi as the producer and engineer Peweezle mixed them was a bit shocking as I asked if Peweezle had was really mixing the songs of international hiphop artist Wiz Khalifa. As anxious as I could be, my question was, “Who is that?” and the answer I got was Wiz.

Looking surprised and astonished, I was quick in congratulating the beat maker until I heard a Twi verse. Astonished again, I asked and Peweezle could only laugh as he said, “You never allowed me to finish mentioning his name”.

Born Bernard Datiakwa to Ghanaian parents in Philadelphia in the United States of America, his passion for music and pushing consciousness sparked up when both parents broke up  and was abandoned by the father. His only source of making his voice known and freeing himself off the mental torture he could be going through.

Returning to Ghana at age 11, Wiz Bhenifa’s dream has always been to speak of the struggles of life through music; a passion which he has commenced. Currently a first year student of the Kwame Nkrumah University of Science and Technology, Wiz Bhenifa wishes to make a mark in the Ghanaian music industry as he yearns for more success internationally.

“TIC-TAC RESERVED”. Who Was Present? (Pictures)