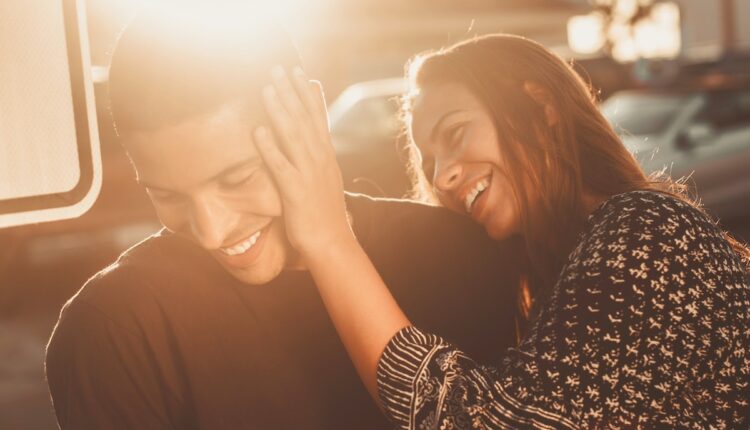 A while ago I attended a party with a few friends and co-workers. While everyone was dancing, eating and drinking, I sat down next to one of my friends and we began to chat about the atmosphere. As we chatted and gazed around the room, we noticed something a little odd. We noticed that a mutual associate of ours was wrapped in a very intimate embrace with her main male squeeze…nothing too peculiar about that, but what was odd was that while we observed her intimately embracing her main squeeze, we also saw the man she was dating on the side standing next to them, watching them as they embraced; and not only that, during the embrace, she gazed into the male “Misteress’” eyes and he smiled at her. When this moment ended, they all stood there talking and laughing as if they were all best friends.

Now, this may not seem strange to some, but it was to my friend and me who were observing this scene because both men seemed aware that she was being intimately involved with both of them. Again, this may not seem too out of the ordinary for some, but ladies what I want to know is, is it okay for a woman to have her main squeeze and her side dish get along, especially when they both know about her relationship with them both?

Some may say yes, as long as both men know where they stand, and they aren’t disrespectful to each other, which is a very valid point; but how respectful is it knowing that the woman they are involved with is intimately involved with someone else? And you know who he is! Personally, I think this is disrespectful to both men, and the woman. Why? Because both men deserve to be with one woman who will engage in a healthy, monogamous relationship with them, and give them all of the attention they need (if that’s what they want). It also shows disrespectful actions from the woman. How? Because as a woman, she should have more respect for her man and herself and should respect the relationship she is involved in. Now I know many of you may be thinking, but men do this all the time and no one seems to have a problem with it! While this may be true, what we fail to realize is that some mistresses do struggle with being the other woman; but they keep their struggle inside.

Relationships are hard to maintain with two people involved, and when there is a third or even fourth party involved, things can really get crazy because of the emotional attachments that can occur. It is my personal belief that it is not cool for a woman to have her main squeeze and her side dish get along, or even know each other at all because as I stated previously, it’s disrespectful to the men involved and the relationship(s). Even if the men involved are okay with knowing each other and knowing their position, you never know what they are saying about the woman behind her back to each other, and other men. The art of discretion is a gift that is a part of a woman’s natural being.  Practising discretion as a woman is a must, especially when it comes to our intimate affairs and our relationships. If you have a main squeeze and a side dish, or you’re just seeing multiple guys at one time, keep them separate for your own self-respect, and for the sake of the self-respect of the men involved.

Even if they don’t care, you should because showing and giving a man the respect they deserve in both serious and casual relationships will make you a better woman and them a better man.

Ladies do you think it’s cool for a woman to have their main squeeze and their side dish know each other?