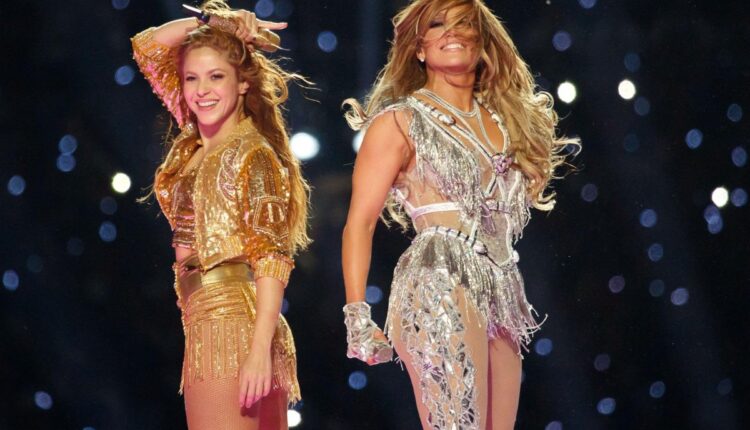 Latin artists Bad Bunny and J Balvin, in addition to Lopez’s 11-year-old daughter, appeared as surprise guests in an extravaganza that signaled its Latin American influences from the onset, when Shakira greeted the stadium audience in Spanish with “Hola, Miami.”

The performance also made a subtle nod to the current political climate in the United States. One sequence in the show featured children in illuminated pods that looked like cages. It was an apparent reference to U.S. immigration enforcement under President Donald Trump that put mostly Latin American boys and girls in holding cells, a practice that caused public outcry.

Dressed in a sequined, ruby-red outfit with matching boots, Shakira led her team of dancers through snippets of hits such as “Whenever, Wherever” and “Hips Don’t Lie.” She was joined on stage by Puerto Rico’s Bad Bunny before giving way to J. Lo.

Lopez made her entrance in black leather and studs on a stage set resembling the top of the Empire State Building, as “Jenny from the Block” proudly announced she was from the Bronx, New York.