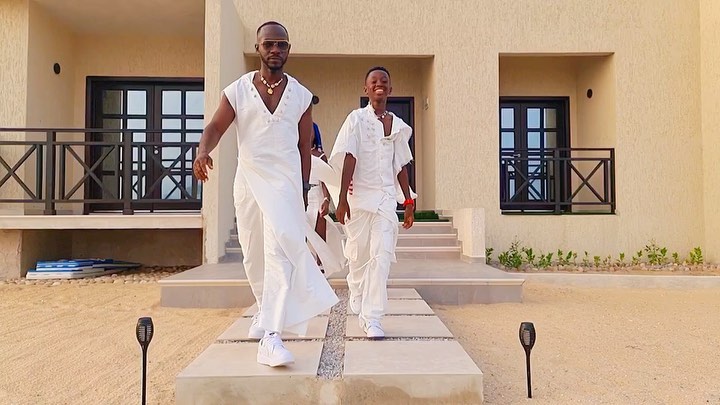 Ghanaian musician, Okyeame Kwame and his son Sir Kwame Nsiah Bota have been featured in an upcoming Disney+ special this yuletide.

The television special dubbed ‘Around The World For The Holidays’ will see Pentatonix sing Christmas classics and some of their new songs.

On the show, the group will tour the world, discovering holiday traditions and inspiration from fans in Ghana, Iceland, Japan, Grenada, and Mexico.

Ahead of this premiere, the Rap Doctor and his son Sir Kwame Nsiah Bota have made cameos in the trailer which have attracted heavy applause from social media users already.

The special for the renowned a cappella group will be released on December 2.