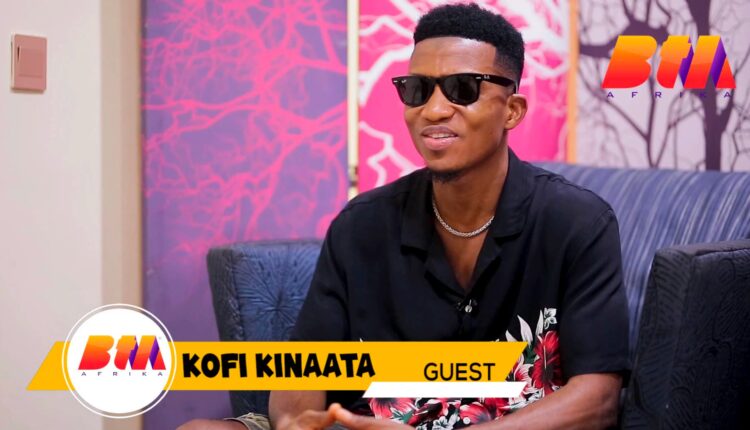 With several hit songs to his credit, is it not quite surprising that the record-breaking 4-time songwriter of the year award winner at the prestigious Vodafone Ghana Music Awards, Kofi Kinaata has no album yet?

Perhaps this is yet to cross your mind yet but for many others who have sought answers but never got, we had Kofi Kinaata speak to this for the first time and he seems to have quite a legitimate reason for not releasing an album yet.

In a newly published interview with NY DJ on BTM Afrika via YouTube, the Susuka hitmaker believes the majority of Ghanaians ‘sleep’ on albums, an opinion shared by many other artists including Stonebwoy, Samini, Joey B and JupitaR.

“At first I was worried about our attitude towards albums. We sleep on them. We don’t intend to listen to what’s in the songs. For me, my weapon is my lyrics. You just have to listen to what I am saying but I wasn’t happy how other albums were treated,” he said.

“I’ll go and listen to Samini’s album and realize there are about seven bangers on there but people will just brush it off. They listen to it just for listening sake and move and I didn’t like that so I give you one and make sure you soak it, get the message, inspiration, the education, the entertainment before we move to the next song.”

Has his perception about how albums are treated changed?

Yes, Kofi Kinaata has plans for an album but for how long will fans wait? Watch the exclusive interview below.

Video: I Don’t Write My Songs With Awards In Mind – Kofi Kinaata