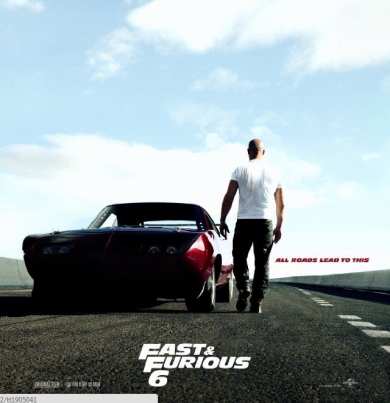 Share
Last night during the Super Bowl, those watching the game were able to get a first look for the 6th installment in the Fast and Furious franchise.  Things seemed to be turned up in the upcoming sequel with the addition of helicopters and army tanks being put in the mix.  The trailer last night also revealed to us that Michelle Rodriguez has made her return to the series as Letty.  You can expect the whole crew to be returning for the mayhem as well.  Take a look below at the Super Bowl commercial for “Fast and Furious 6,”  due out May 24, 2013.