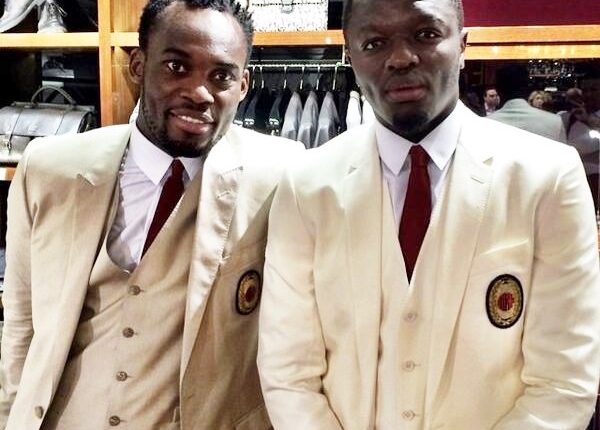 Ghanaian international footballers Michael Essien and Suley Ali Muntari just got their comedy skills up one notch as they imitated comedy boxers Bukom Banku and Ayittey Powers in a new video which seem to suggest their favourite Ghanaian artist is Sarkodie.

According to the footballers who have been described by fellow team mates as the funniest among the 2010 Black Stars National team shared the videos which has since gone viral.

Well, in this video, they make fun of how the boxers pronounce “h” and makes reference to them by using “biggerlity” as used by the boxers, lol.

I think the brothers need a whole stage for a comedy show.

Watch the video from below;

More celebrities will fall in 2015 because of TONGA – Abeiku Santana