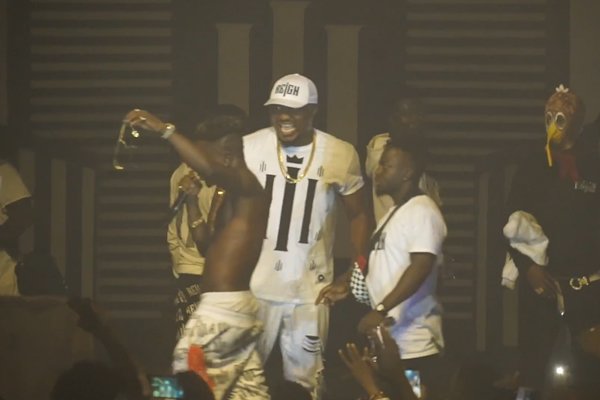 It was only a matter of time for Ghanaian dancehall artist Shatta Wale to respond to allegations by colleague musician Sarkodie.

The Kakai hit maker during his performance at the just ended Reign album launch concert which took place at the Fantasy Dome in Accra, Ghana took moments to reply Sarkodie over comments that he wears fake gold chains.

He also refuted accusations that he was into drugs and quizzed how a ‘junky’ could put together an amazing concert and achieve all he has done.

Sarkodie in a recently released music video My Advice directed at Shatta Wale alleged the musician only wore ‘alumi’ which was inferior to gold.

Watch Shatta Wale respond to the accusations from below.

MUSIGA Announces Dates For Its Regional And National Elections