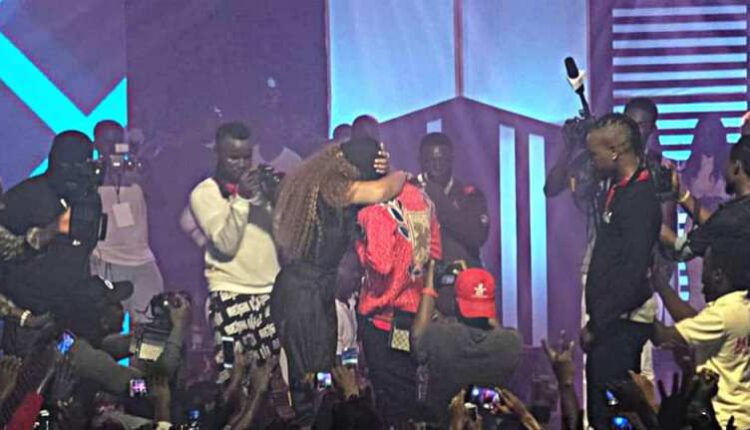 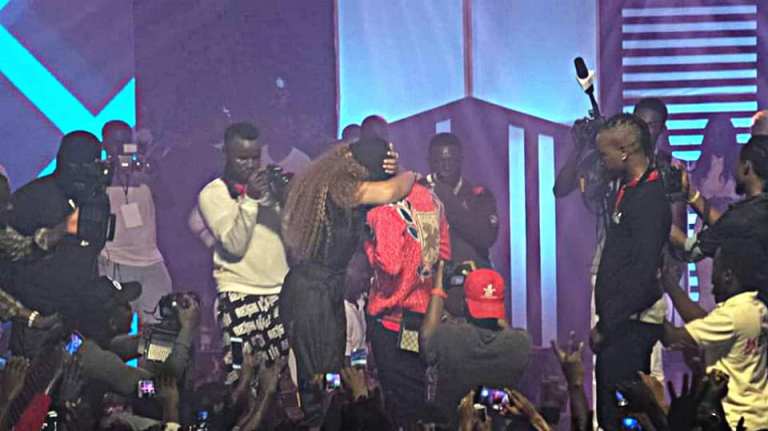 Perhaps the biggest surprise on the night of the Reign album concert as Shatta Wale joined Michy on stage midway through her performance and asked her to marry him.A visibly shocked Michy hugged Shatta Wale who later kissed her passionately while their three-year-old son, Majesty, wandered on the stage.The baby mama of the dancehall artiste recently asked Ghanaians to desist from tagging her with the Shatta brand. “I want people to accept me for me, not tag me to that brand even though I have been a part of the story. I just want to be known for me, it is like owning my brand. I have been a part of the story, building the empire” she said.This followed news of a breakup as Shatta Wale was alleged to have assaulted Michy.In what appeared to be a reunion which could lead to marriage, the two kissed for almost a minute with patrons cheering them on. The proposal was sealed with a performance of their song, ‘Low Tempo’ after which Shatta Wale performed ‘Bulletproof’ by way of assuring Michy of love and security. The ‘Reign’ concert and album launch was held, Saturday, at the Fantasy Dome. The event attracted thousands of music enthusiasts and fans. Aside Shatta Wale and Michy, The Militants, Xylo, Smokey Beatz and Efe Keyz were among artistes who graced the stage.