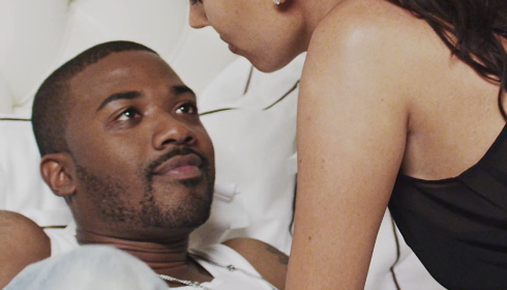 Ray J hops is perhaps losing it as he jumps into bed with comedian Joan Rivers to shoot yet another sex film. Ray J, the man famous for making Kim Kardashian a star hit the sheets with Joan Rivers for a very dirty session.  Ok … nowhere near as dirty as he got with Kim, but in old lady terms, it’s raunchy.

As Joan does so well … they faked sex for her WE tv show, “Joan & Melissa: Joan Knows Best?” (which premieres March 29).  You gotta watch … it’s pretty funny.

Even though it’s all for gags … Vivid Entertainment honcho Steven Hirsch tells TMZ he did meet with Joan to discuss the possibility of making her his first GILF star. He tells us, “I’d pay her $100,000 right now!”