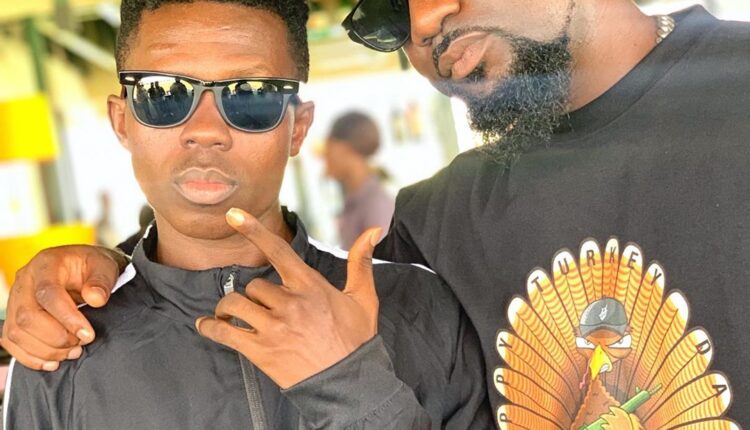 Since his exit from SarkCess Music, Ghanaian rap artist Strongman has often been tagged ‘ungrateful’ by some fans on social media, a tag which never sits well with the rapper.

As much as he has tried to explain himself, others would not budge but Strongman is not perturbed as he believes most problems between artists are caused by fans.

Addressing the ‘ungrateful’ tag for the first during a break-in interview on YRated by Mensa Jr,  Strongman revealed he’s never spoken ill of Sarkodie or addressed all the challenges he faced at SarkCess Music, unlike other young acts who are justifying their decisions for leaving various labels.

Since people left their labels, they’ve been out there defending themselves. Have you seen me TV or heard me on radio complaining about the challenges I faced?  I’ve never done that and to be very honest, people who have been explaining their stuff out there have not faced even a quarter of what I faced but being able to keep quiet  till now means  I do have a big heart for Sarkodie, I love him so much

Asked if he still maintains a good relationship with Sarkodie, Strongman responded in the affirmative saying;

The two of us have no issues right now but I think it’s always about the fans. Some of the Sarks fans wouldn’t understand and I  also have some core fans and they wouldn’t also understand …, he said.

Already on his 10AM album, Strongman revealed he has another EP up his sleeves.

Watch Strongman address all the issues in the video below.