Video: I Left The UK For Ghana At Age 16 Because I Wanted To Be Famous – Tracey Boakye 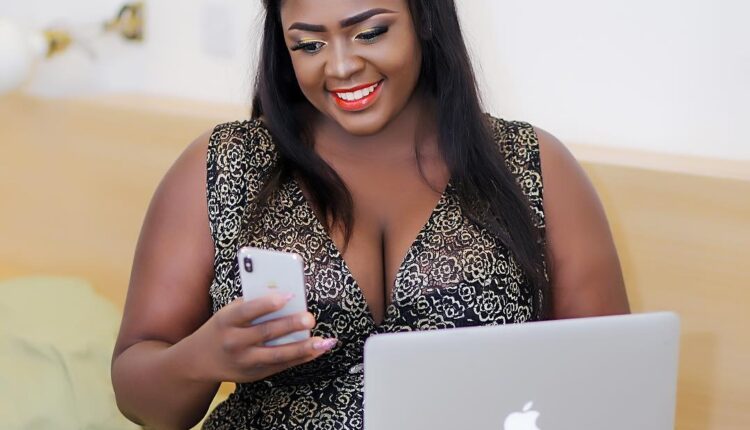 Ghanaian actress and entrepreneur Tracey Boakye has revealed she left the United Kingdom for Ghana because she wanted to be famous.

The actress who has over the past years made a name for herself as a producer, actress and entrepreneur in an exclusive interview with NY DJ on Y102.5FM revealed she always wanted to be famous hence leaving her parents in the UK at age 16 for Ghana.

Narrating her journey into the movie industry Tracey said;

“I wanted to do movies. I wanted to be an actress. I kept telling my mum but she thought I was joking. They eventually got mad at me knowing I was stubbornly following my passion…

I wasn’t thinking about the Ghana Movie Industry. I was thinking about me wanting to be famous… I had the passion for acting as well so why keep it in me. I decided to come to Ghana and showcase that talent I had”, she said.

She also responded to a number of allegations including having an amorous relationship with the Mahama brothers, describing the NDC as a ‘useless’ political party, falling in love with a movie director etc.

Sonnie Badu, Others To Lead Washington To Worship At The Invasion Concert