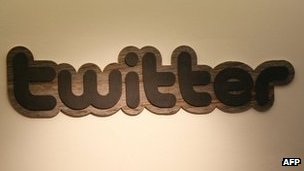 Twitter, the social media group, has scored a victory in its campaign to expand revenues from advertising.

It has struck a deal believed to be worth several hundred million dollars with the Starcom Media Vest Group (SMG), a division of Publicis, one of the biggest players in US advertising.

Publicis’ clients include Proctor and Gamble, Microsoft and Coca-Cola.

While details of the deal have not been revealed, SMG is also said to be getting high-level access to Twitter data and research useful for marketing.

The agreement is said to include provision for a direct feed of data from Twitter into SMG’s modelling tools.

Twitter has become more attractive as a partner to advert-placing firms since it bought Bluefin Labs, a data analytics company, in February.

Part of the attraction of social media as an advertising medium is the wealth of available information about users.

Marketing messages can be tailored to very precise groups of people, based on their age, gender and the interests and affiliations they have expressed through interaction with social media.

Analysts say Twitter will be able to cite this deal as evidence that it is gaining traction as a worthwhile marketing tool.

The micro-blogging site claims 200 million users yet in the past it has struggled to show that it can extract significant revenues from its undoubted popularity.

This latest deal suggests Twitter has moved beyond the trial stage for advertisers.

“In about 18 months, Twitter has gone from an experiment to [being] essential”, said Laura Desmond, chief executive of SMG.

Twitter is believed to be considering an eventual stock market listing, although some investors will take some persuading in the wake of the poor response to Facebook’s share debut last May.

Facebook shares are currently trading at about $26, well below the launch price of $38.

This latest advertising deal will be an important plank in Twitter’s efforts to prove it has a commercial future as a profit-making company, with a reliable flow of revenue from marketing activities linked to the information it has about its users, their interest and their habits.