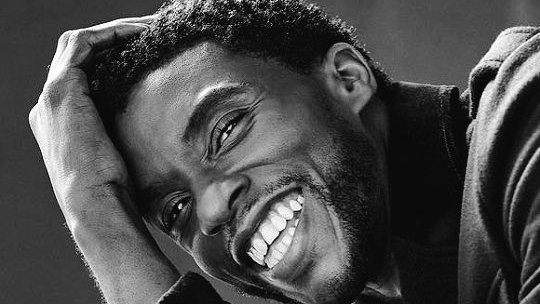 Just when many thought the year 2020 had had its biggest toll on all us already, the world was yet hit with another tragic news on Friday, August 28, 2020, when it was announced that Black Panther star Chadwick Boseman had died of cancer aged 43.

Ever since the announcement via Twitter, people from all over the world have poured in tributes celebrating the life of the electric young actor who projected so much vitality as the star of such films as  Black Panther,  Get on Up and   42.

The tweet announcing his death has also been revealed as the most liked tweet ever in the history of the social media platform.

As of August 2020, the most liked tweet has over 5 million likes and was tweeted from the account of actor  Chadwick Boseman announcing his death from cancer.

Two accounts have more than one of the most-liked tweets in the top 20: South Korean band  BTS  have nine, and former U.S. President  Barack Obama has three.

A tribute fit for a King. #WakandaForever https://t.co/lpyzmnIVoP

Boseman died at his home in the Los Angeles area with his wife, Taylor Simone Ledward, and family by his side, his publicist, Nicki Fioravante, told the Associated Press.

Boseman was diagnosed with colon cancer four years ago, his family revealed in a statement. He had never spoken publicly about his diagnosis.

“A true fighter, Chadwick persevered through it all and brought you many of the films you have come to love so much,” his family said in the statement. “From  Marshall to  Da 5 Bloods, August Wilson’s   Ma Rainey’s Black Bottom and several more — all were filmed during and between countless surgeries and chemotherapy. It was the honour of his career to bring King T’Challa to life in  Black Panther.”