Tupac & The Notorious B.I.G. The Greatest Rappers Of All Time, Says Timbaland 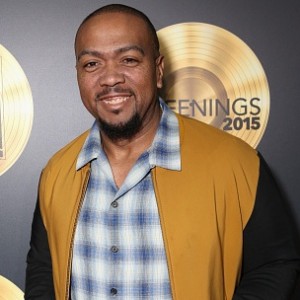 Timbaland says role of executive music producer on “Empire” has been “a learning experience.”

During an appearance on ESPN’s “First Take” this week, Virginia beatsmith Timbaland was asked who he thinks is the greatest rapper of all time.

Before answering that particular question, Timbaland clarified that he is not a rapper, and then offered his thoughts on what he feels a rapper is. He later revealed that the late Tupac Shakur and the Notorious B.I.G. are the greatest rappers of all time, in his opinion.

He also gave credit to Jay Z, who he referred to as his brother, for being one of the top emcees.

“I feel like a rapper is somebody who really tells his story,” Timbaland said. “My story is told through me making music and sound. I get on the mic because sometimes there’s nobody around that can assist me to what I want to do. So, I’m just like ‘I might as well do it myself’…Well, I think both of them are not here today. And that’s Biggie Smalls and Tupac…Jay is my brother. So, I’mma put him always number one. But to ask me is kinda biased because I respect the music.”

Prior to sharing his picks for greatest rapper, Timbaland spoke on his role as executive music producer for the Fox television show, “Empire.” He explained how producing music for TV differs from making music for an artist or album.

“It’s been a wonderful ride,” he said. “It’s been a learning experience. Just about the business of TV and film more than anything. And when Lee approached me, and Fox, it was kinda like it was different from going into a studio. Because you have time to look over a song and go over a song, but when you doing ‘Empire’ it’s—You gotta know. So, it’s kinda challenging for me. Kind of like ‘Okay, I gotta know this song is gonna work. And I can’t go back and double-take it.’ So, it’s like ‘phew.’”