Topping Forbes List Was “The Worst Thing Ever” – Yung Joc 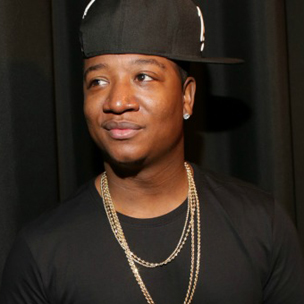 Unlike many artists all over the world who would pride themselves in even making it to the Forbes list,  Atlanta rapper Yung Joc thinks otherwise as he shares the ordeal he had to go through with friends and family after appearing on that list.

He recalls backlash he received and says topping that particular list in 2006 turned out to be “the worst thing that could have ever happened” to him.

The former Bad Boy South artist made it to the #20 spot on the list and says that the publication revealing that he made $10 million in one year put him on bad terms with a lot of people, including family members.

Joc even went on to compare his issues with friends and family following the release of the list to a skit on “Chappelle’s Show.”

“That was the worst thing that could have ever happened for me,” Yung Joc said. “That Forbes list shit. You had people who may have come to me and asked to borrow $1,000. And where I was able to give them $1,000. After that shit came out niggas was hitting me like ‘Damn, my nigga, I asked you for a stack. You could have gave me 10.’ What? You know what I’m saying? People was looking at it like ‘Damn, you been short changing me all this time. Damn, my nigga, you asking for deals and shit. You asking for me to show you some love and give you the hookup. And you made 10 million?’ It made people really upset with me, dog. I never seen no shit like this in my life.

“It’s almost like when Dave Chappelle did that skit on the show of his self,” he added. “And he went in to get a haircut and it was like $1,000 for a haircut. Everybody was overcharging em because they knew he had did that 40, 50-million-dollar deal…Even family started looking at me differently. Like ‘Damn, you ain’t did nothing for me and you made $10 million?’ It was just the worst thing ever, Vlad.”

Yung Joc later detailed how he was able to earn $10 million in the span of one year. According to the College Park, Georgia rapper, touring provided a great deal of income.

“By the time ‘It’s Going Down’ had took off I was on like two, three tours at one time,” Joc said. “Going to a city and you do a daytime show for some kids and these people pay you 20, 25,000. And then at night you do the arena for the adults…And you talking about you look up and I’m getting 30,000. It’s like 50,000 in one day. You do the math. It really wasn’t hard. But just as fast as the money was coming, the money was going because you still had to promote yourself. I feel like that’s why I was successful the way I was. I ate a very long time. I’m still eating. I get publishing checks monthly, quarterly. You know what I’m saying? So, it wasn’t hard.”