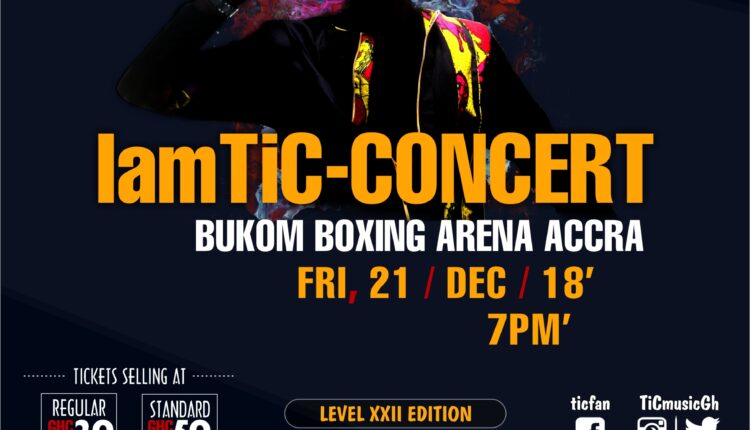 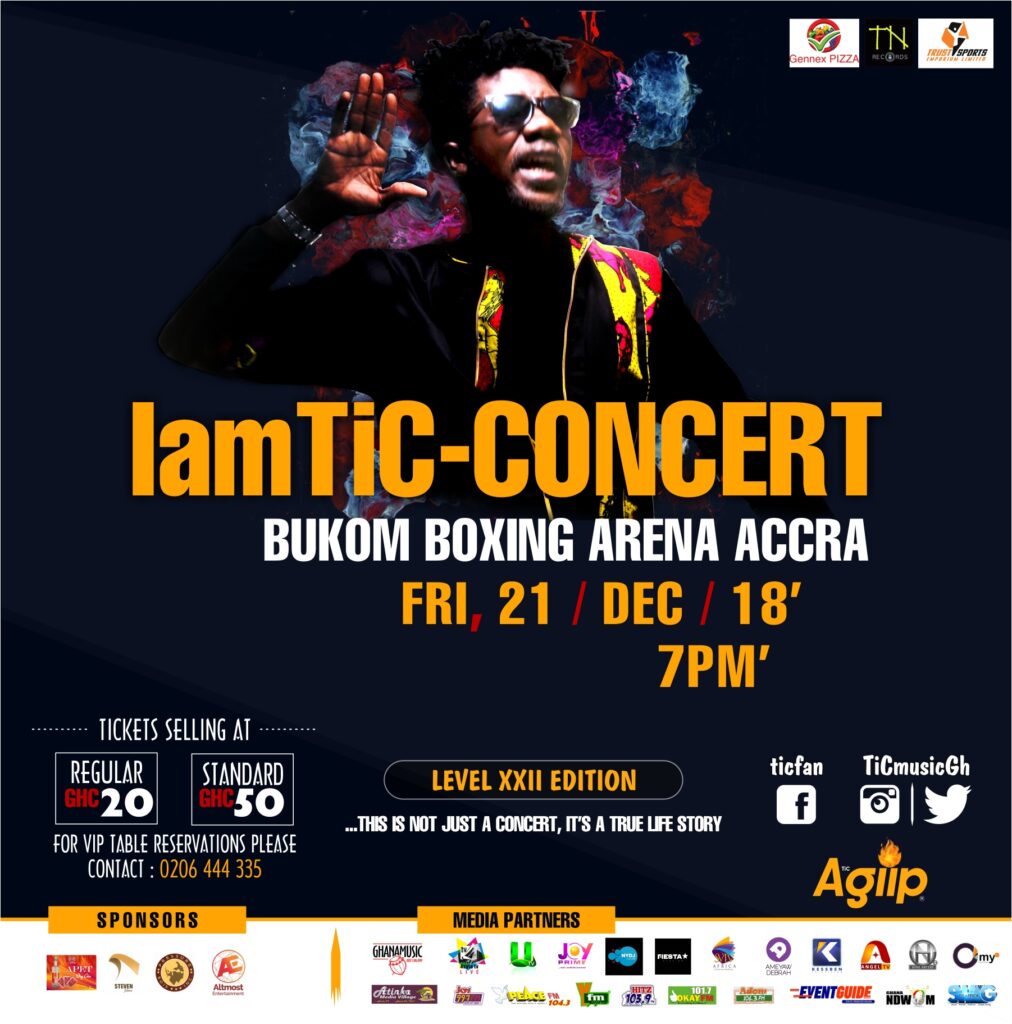 A top line of Ghanaian acts have been announced as part of performers of the IamTiC -Concert slated for Friday 21st December 2018 at The Bukom Boxing Arena in Accra.

They include one of the continent’s best groups VVIP,  Lynx Entertainment proteges Kuami Eugene, KiDi. The endless list includes Nero X, the magical Ga rapper of all time Tinny, Guru, and Nii Funny.

To intersperse music with comedy, another crack team made up of boxer, Bukom Banku, Comedian DKB and Actress Rosemond brown will hold the gathering spellbound.

The event would be moderated by the founder of Ghana DJ Awards, Mercury Quaye.

On the turntables to “turnup” the arena include DJ Black, Andy Dosti, DJ Kaxtro, DJ Toyoo and DJ Mix.

Tic rose to stardom in the early 90’s in the Era of Woy3bia which he was featured by Dj Azigiza Jnr. Though many were those who thought his amazing delivery on the song was fluke, the young chap together with Slim Buster released a big banger, Masan Aba to the surprise of many.

As if it was not enough, the teenager with exceptional rap style, released a classic song christened “Philomena”, which took the whole country by storm.

After series of releasing hit songs locally, he created new path in the country’s music history, by crossing borders to do distinct international collaborations with the Africa’s golden boy, Tony Tetuila and Freddie Meiway as well as many others.

The invasion continued to Europe and USA, as well as hit the world chart with Kangaroo, with its video directed by Gil Green, one of the best directors in the world.

This created the opportunity for him to perform on big platforms like the, SMVAs, AMAs, Rise Festival, BBA, Club African Summer Jam, Party in the Park and headlined the first GMAs among many international shows.