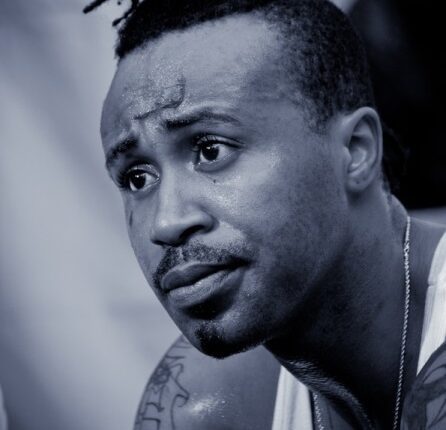 Few hours after www.nydjlive.com published an audio interview Reggie Rockstone granted Accra based youth oriented radio station Y107.9FM, breakaway member of VIP, now turned VVIP, Promzy has warned the “originator” of hiplife to either “Shut the f*ck up” or face his wrath for his utterances.

In a short but threateous post shared on his timeline on Facebook, the explained his reason for keeping mute all this while and the “self imposed” grandpapa of hiplife never to bite the hands that feed him.

He also warned Reggie Rockstone saying, “shut the f*ck up or else it will be ugly Yaw asante and am not playing”

The reason behind my silence
1,am not the pussy type running after radio or tv seeking attention or wanna be heard
2,a real street negga don’t talk too much,we put in work
3,real neggaz don’t start what they can’t finish.
4,we don’t have time for low life neggaz.
As old as you are you don’t want to respect yourself,who even made you the grandpa of hip life( that sounds like a self title to me,tell people the truth about me)Never bite the hands that feed you.
Remember this,am always going to be ‪#‎PROMZYAFRIKA‬ the true King of Nima.
So shut the fuck up or else it will be ugly Yaw asante and am not playing.”

The post was however disturbing as he added pictures of himself seemingly loading a short gun with bullets.

Reggie Rockstone had in an the interview with Joel asked Promzy to clear him of accusations that he sacked him(Promzy) from the group which he believes was disrespectful. He also went hard at him and said he didn’t care about his intended reunion with the group.

Listen to full interview in case you missed it.

Can this whole mess come to a halt right now?