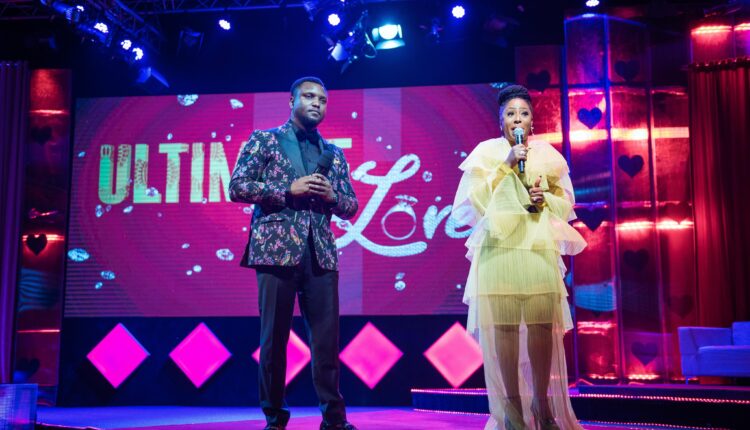 Viewers from across Africa on Sunday night watched the premiere of the brand new reality TV show, Ultimate Love. The show will run for eight weeks and will be broadcast live 24/7 on DStv and GOtv.

The show’s co-hosts, Dakore Egbuson-Akande and Oluwaseun Olaniyan took viewers through key elements of the show which include: the ‘Love Guests’, what the contestants will be called;  ‘Aunty’, their resident counsellor; the ‘Parent Figure’, a parent or family relative of the love guest and the ‘Love Pad’, the house where the love guests will get to call home for the next 8 weeks!

The 16 love guests on their quest to find love include Iyke, Jay, Louis, Nkechi, Theresa, David, Michael, Cherry, Ebiteinye, Bolanle, Obichukwu, Kachi, Arnold, Kosie, Chris and Jenny. Each of them had their Parent figure, who were for some an actual parent, wish them well and leave them with some words of encouragement.

The Aunty of the Love Pad, Adesuwa Onyenokwe also made an appearance on stage to share what her role will be as well as her expectations from the love guests. She noted that she won’t be physically present all day but will have her trusted butlers on hand to attend to them, ensuring that their stay in her Love Pad is truly comfortable.

Also, announced on stage was the grand prize for the winning couple which is a fully paid for a traditional wedding ceremony and a house. However, they will only get the sponsored traditional wedding if they get married six months after the show and the house after they have stayed together for a year. They will also win a cash prize of N5 million.

Meanwhile, Dakore and Oluwaseun also revealed that next week’s live show will see the love guests pair up as well as a surprise scheduled for Valentine’s Day.

It was also a night of music as Johnny Drille, Nigerian singer and songwriter entertained studio audience and viewers with some of his well-loved songs including  Romeo and Juliet.

The Ultimate Love reality TV show is available on DStv Premium, Compact Plus, Compact, Confam and Yanga (Family and Access) packages and on GOtv Max and JOLLI (Plus) packages.