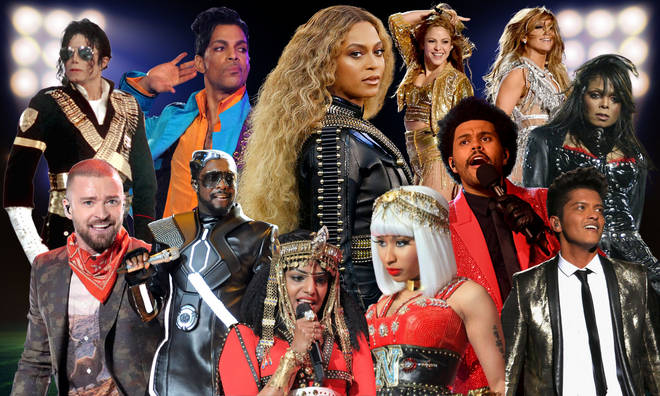 If you ever wanted proof of just how seriously Americans take professional sports, you need only look at how important the Super Bowl has become. In the annual calendar of religious and public holidays, there are arguably few other events that are so eagerly anticipated across the nation.

Nowhere is this sense of anticipation more evident than among the many millions of sports fans who spend the months leading up to the event staking out their Super Bowl predictions. American football fans will spend the NFL season paying close attention to every game, hoping to gain some insight that will allow them to accurately predict who the winning team will be.

In addition to the millions of American football fans that pay close attention to the Super Bowl, however, this unique sporting event has also come to be loved by music fans.

From its relatively humble beginnings in the 1967 Championship, the Super Bowl halftime show has come to be an event that is eagerly anticipated by millions across the globe.

But of the many performances that have been put on in the course of the NFL Championship’s five-decade-plus history, which are the best?

To celebrate the 30th instalment of the Super Bowl, the NFL needed a superstar worthy of such a historic occasion, and in Diana Ross, the NFL found their superstar! This performance was notable not only for Diana Ross’ incredible vocals which commanded the attention both of the thousands in attendance and the millions at home watching live, but also for the sheer effort put into it by Ross. It featured all the flash, pomp and ceremony we have come to expect from Ross, with multiple costume changes squeezed into a tight timeslot. Ross’ show at Super Bowl XXX is a perfect example of just what an important cultural occasion this sporting event has become.

Although ending his life as a tragic figure who could not escape the scrutiny of the world’s media, we are often quick to forget just how influential Michael Jackson was as a performer. If you ever want to be reminded of his unrivalled musicianship, the 1993 Superbowl halftime performance is the perfect place to start. The children’s choir rendition of “We Are the World” was notable, and was followed up by an epic performance of “Heal the World”. This was truly one of the most epic halftime performances ever, with Jackson easily commanding the attention of the nation in that moment.

While Super Bowl XLIII might be better remembered by sports fans for the epic standoff between the Steelers and the Cardinals, among music fans, it is fondly remembered for hosting an incredible performance by the American superstar rocker Bruce Springsteen. Springsteen is dubbed “The Boss” for a reason. There was no more capable rocker than Springsteen and his band to put on a halftime show. Featuring pyrotechnics and incredible performances from every member of the band — not least of all Springsteen himself — this truly was one for the ages.

Being held just four months after 9/11 rocked the American public, the halftime performance put on by the Irish rock superstars U2 managed to strike a perfect balance between poignancy and musicianship. U2 performed a heart-breaking rendition of their classic “Where the Streets Have No Name” in front of a scrolling list of the thousands of individuals who lost their lives in the attack. Despite the patriotic undertones, however, U2’s performance never veered into over-indulgence and produced one of the most memorable halftime shows ever.

While this is definitely one of the most bizarre musical collaborations we have come across, this did not stop it from becoming one of the most memorable halftime performances ever. After struggling to put together decent halftime shows throughout the 90s, the NFL finally relinquished control of the selection of musicians and production to MTV. They responded by putting together a roster of the biggest names in music for an epic performance. The 2001 Super Bowl halftime show was one such performance, which had Aerosmith, Britney Spears, Nelly, Mary J Blige and ‘N Sync grace the stage in a mind-bending mashup. While this musical concoction is admittedly a little strange, it encapsulates everything that makes the halftime show so unique.

In the annals of American music history, there are few live performers quite as capable as Prince. In the 2007 halftime show for Super Bowl XLI, Prince’s virtuoso musicianship was on full display. While this performance was filled with unforgettable moments, there are few quite as memorable as his insane rendition of “Purple Rain” which — in a stroke of incredible coincidence — happened amid an unexpected downpour. This was in addition to other memorable moments such as the many in-jokes he couldn’t help but make and a tongue-in-cheek rendition of the Foo Fighters’ “Best of You”. If you ever wanted proof of why the halftime show forms such an important part of American culture, then there are few better starting points than Prince’s halftime show in 2007. To cap things off, the Colts put a beating on the Chicago Bears with a 29-17 victory.