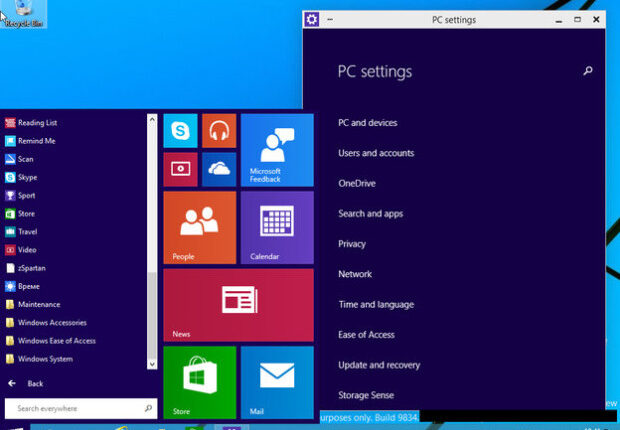 For many that expected Windows 9 after Windows 8.1, sorry, because Microsoft sees far beyond that.

Just as rumors indicated and leaks confirmed, Microsoft does have a new version of Windows in development that’ll add the Start Menu back to the Desktop. It’ll be called Windows 10, not Windows 9.

Microsoft formally announced Windows 10 along with some of the upcoming features that users can expect earlier yesterday at an intimate event in San Francisco. Hosted, by newly minted Window head Terry Myerson, Windows 10 will include each one of the features that Microsoft showed off at its BUILD 2014 develop event were on full display.

Watch out for more details on Windows 10.

Photo: Ja Rule and Ashanti Arrive in Nigeria for Bovi