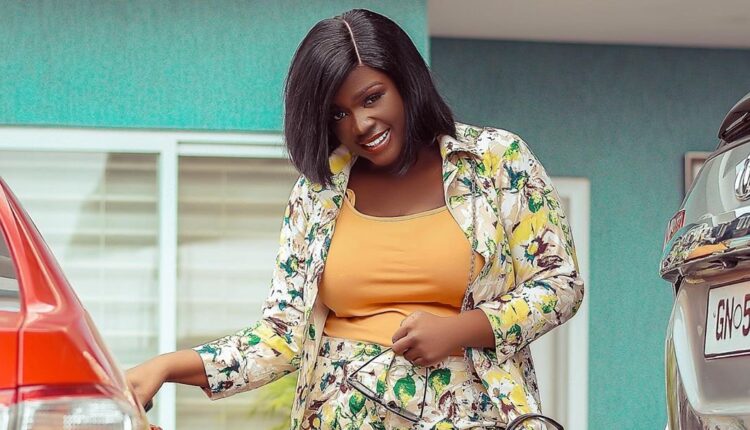 Often tagged as having attained her wealth and successes from having a ‘sugar daddy’ or an alleged connection to big men in the political space in Ghana, actress Tracey Boakye has asked that the successes of women are not attributed to the number of men they have slept with.

The mother of two and a successful actress, film producer and businesswoman shared a  short note on Instagram aimed at motivating and inspire everyone.

Tracey Boakye stated her heart bleeds for her home country Ghana for a number of reasons. She ended encouraging women to keep pushing as God will see them through.

My heart bleeds for my country! A country where the success of a woman is measured by how many men she sleeps with! A country where every woman with a bit of luxury is seen as someone who has some “sugar daddy” wasting his money on her! A country where we celebrate the death more than the living! A country where someone’s loss is joyful to others! A country where people doing well in the society will never be supported to keep doing better! A country where your brother/ friend doesn’t mind pulling you down in other to climb! But still Nyame ne hene! To every woman trying so hard to pull through, God is with you 🙏🏾 #charlywrites….. ……. Hair: @asa_hair_bank .. Outfit: @house_of_asa … MUA: @make_her_upgh …. #hisonlychick😍 #kwakuandakuamaame