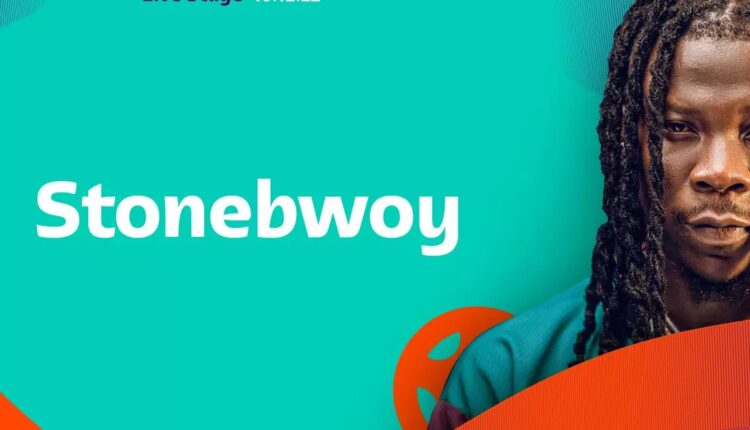 Signed to Def Jam, the Therapy hitmaker joins a list of international stars who have performed at the various FIFA Fan Festivals this year.

Stonebwoy is expected to perform on December 16, 2022.

The FIFA Fan Festival is free of charge and open to everyone for the entire duration of the FIFA World Cup.

At just 34 years old, Stonebwoy has blazed a trail as one of Africa’s most awarded and lauded artists to date.

Gearing up to release his fifth full-length album, the global stage is rising up to meet the talent that is Stonebwoy in 2022.

He is no stranger to success. Stonebwoy is a recipient of some high-end awards such as Best International Act: Africa at the BET Awards, Reggae and Dancehall Artist of the Year at the Ghana Music Awards, 4 x AFRIMMA winner, Nickelodeon Kids Choice Award winner. He has duetted with some high-calibre artists such as Keri Hilson, Sean Paul, Trey Songz, Burna Boy, Alpha Blondie and many more.

He has rocked stages from the UK to the USA, Australia, Italy, Puerto Rico, Amsterdam and beyond, making his electrifying touring an integral part of his career.

Pronounced “Stoneboy”, he was born in the Greater Accra region of Ghana into a family of seven siblings and fell in love with making music at a young age.

After releasing his first commercial single in 2012, he wasted no time in getting noticed as the tracks Climax featuring Samini and Ghetto Love featuring Irene Logan exploded onto the scene. The singles earned him nominations at the Ghana Music Awards and featured on his first album, Grade 1, alongside a host of prominent Ghanaian artists.

2022 opened up a brand-new chapter for Stonebwoy as he released his first single with Def Jam/Universal, entitled Therapy.