Spin on: The DJ Pizaro Story 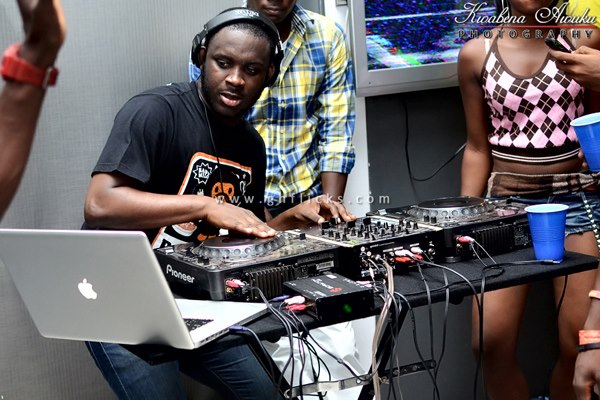 Disc Jockeying has been around for a long time now and what used to be a hobby for most has evolved into a full time profession for others. DJs now learn and train themselves to be better at what they do to be ahead of the competition. Previously, DJs took a backseat at parties and events, quietly providing music to the event. This is however not the case anymore. In short DJs are now almost as famous as the musicians whose songs they play. Some names that come readily to mind are David Guetta and Calvin Harris.

In recent times, names of DJs are actually used to hype events and parties. The mere mention of a DJ billed for an event could pre inform you the type of entertainment you are going to get and this makes it easier for you to decide whether to go or not. One of the promising Ghanaian DJs is DJ Pizaro.

Pizaro, a final year Sociology student of the University of Ghana, Legon was influenced three years ago by his friend Kwame Gemini, a popular Ghanaian DJ to start trying his hands on DJing. Despite his recent venture into the DJing business, hard work and dedication to his craft has made him one of the most sort after DJs in the country earning him the title “Hottest Student DJ in Ghana” and a nomination in the recent Accra Night Life Awards.

According to him DJing is ” more than just playing music but as an art that should be studied and mastered. Just like how musicians get into the studio and make beautiful music”, Pizaro believes a DJ should also connect to the music he/she plays and deliver it as such. Pizaro learns every day to improve himself stating that “listening to another DJ play is an opportunity to learn something new”.

Pizaro can be found on Friday nights at Silver Lounge and on Saturdays at The Lexington Bar behind Paloma Hotel.  Talking on future projects, he is currently working on his first Mix Cd which is expected to be released in May 2013 . He added that after he is done with school in May, he will dedicate more time to DJing and other related projects.

Tiger Woods and Lindsey Vonn: What Happened Behind the Scenes at Masters Weekend