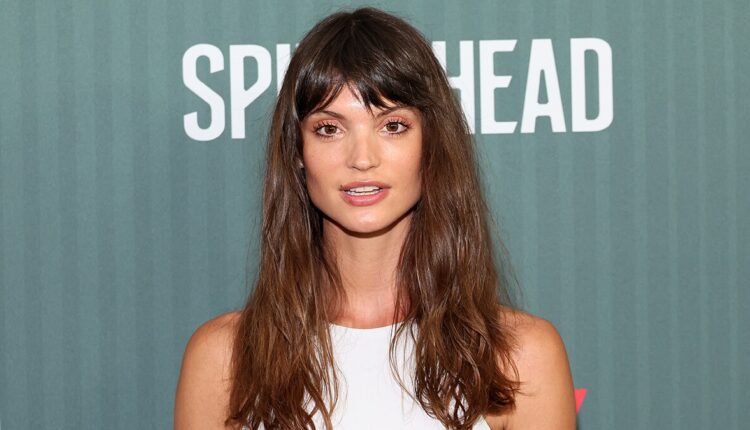 South African actress and model Charlbi Dean, who starred in the award-winning film Triangle of Sadness and TV series Black Lightning, has died at the age of 32.

Dean had a breakout role opposite Woody Harrelson in Triangle of Sadness, which won the top prize, the Palme d’Or, at this year’s Cannes Film Festival.

In Black Lightning, based on DC Comics characters, she appeared as Syonide.

Dean’s representatives said her death in hospital from a sudden unexpected illness was “devastating”.

In writer and director Ruben Ostlund’s Triangle of Sadness, Dean played Yaya, one half of a model couple who were invited on a cruise that goes horribly wrong.

Writing in The Guardian, Peter Bradshaw said: “Charlbi Dean was a true star-in-the-making. Her loss is a huge one.”

Fellow film critic Robert Daniels tweeted that the news was “very tragic”. He wrote: “Charlbi Dean was on the verge of a breakthrough with Triangle of Sadness. I was so looking forward to where her career was going to go next.”

Another critic, Guy Lodge, called it “a massive shock”, adding: “She’s so witty and deadpan and clockwork-precise in Triangle of Sadness, and I was so excited to see a new South African talent on the international scene.”

Playwright Jeremy O Harris described the late actress as a “true talent”. He posted: “This is absolutely devastating. Charlbi Dean was such an exciting performer to me after seeing her in Triangle of Sadness.

“Her work had a vulnerability and intellect a lesser actor would have denied the character.”

The film is a biting social satire that sees models and the ultra-rich have their status undermined by unexpected events. It is set to be released in October and is expected to be in the running for the 2023 Oscars.

Speaking about the film before it was crowned at Cannes, Dean told the Associated Press: “For me, I’m like, I’ve already won. I’m already at Cannes with the movie. That’s so unbelievable. Anything is just a cherry on top at this point for me.”

Born and raised in Cape Town, Dean became a childhood model, adorning the covers of the South African editions of GQ and Elle, before making her acting debut in the 2010 film Spud – an adaptation of a popular South African novel that also starred Troye Sivan and John Cleese.

She went on to appear in such films as Death Race 3: Inferno and Blood in the Water, as well as Don’t Sleep and Porthole.

Dean, who survived a near-fatal car accident in 2008, was engaged to model Luke Volker, who posted during Cannes in May that he “couldn’t be more proud” of her success.