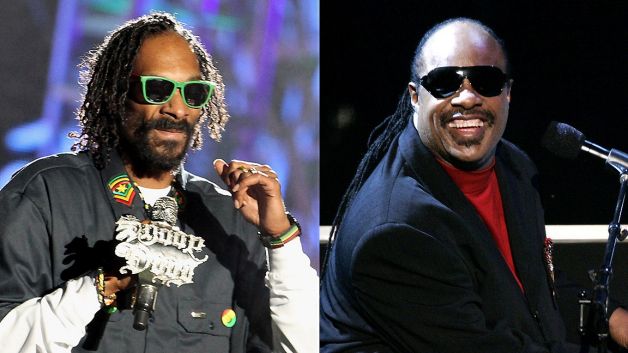 A rap icon and an R&B legend have joined the lineup of performers at the BET Awards this year.

Snoop Dogg and Stevie Wonder are set to take the stage at the show, joining previously announced performers R. Kelly, Chris Brown, Mariah Carey, Kendrick Lamar and many others. It’s been a big year for both artists. Snoop reinvented himself as a reggae artist and released his first album, Reincarnated, under his new moniker Snoop Lion. Wonder, a music veteran with over 30 top ten hits, celebrates 50 years in the industry.

The show will cap off the first-ever BET Experience three-day event. The BET Awards 2013 will air live on June 30 at 8PM/7PM Central.