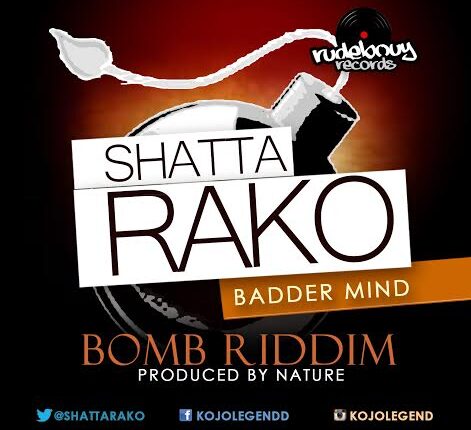 The biggest dancehall artist in the Garden City of Kumasi at the moment ShattaRako goes hard and lays the facts bare about the self acclaimed dancehall acts in Ghana as he does a refix to the missile riddim originally produced by JMJ. His version known as the Bomb Riddim is gradually peaking in Kumasi as it has found itself in the playlist of major radio DJs and presenters.