Shatta Wale and VGMA: to nominate or not to nominate? – Francis Doku Writes 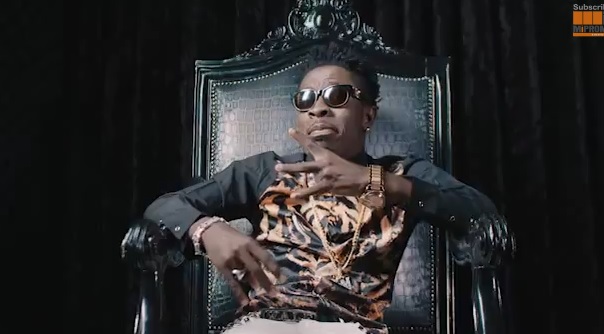 THERE have been a huge public interest in the issue of whether or not the board of the Vodafone Ghana Music Awards (VGMA) would or should accept dancehall musician Shatta Wale’s entry and nominate him in any of the categories for this year’s awards.

The interest in this one issue has been so keen that it even smacks of railroading the board into coming out with a statement on the matter. A board that is yet to meet since the last VGMA was over is being stampeded to make a declaration.

I have heard people on the radio make the claim that event organizers Charterhouse and the board or rather Charterhouse is using the board to deliberately stall any announcement on the matter just so the awards would gain publicity the more the issue drags and people talk about it.
For instance, the editorial in last Monday’s issue of Graphic Showbiz urged “that irrespective of what the decision is, it has to be done as quickly as possible.” The paper thinks that would stop “the public and media houses to continue endlessly speculating and debating this issue, which has the potential of overshadowing the music awards and lessening the value of the awards of potential winners.”

Let me start by disagreeing with my own paper and those who hold the view that delaying what they call a decision on whether Shatta Wale will be allowed to contest this year’s awards will lessen the value of the awards. Nothing could be further from the reality.
Secondly, I heard the argument by a radio panelist that if the board finally comes round with a decision and that decision is to not allow Shatta Wale to contest or does not accept his entry for nomination, it will be suicidal to the awards. That point of view, in all humility is arrant nonsense. I do not see why it is suicidal if Shatta Wale is not allowed to take part in VGMA 2016.

In any case he did not take part in VGMA 2015 and on the said night of the event he held a concert at Korle Gonno where his friend and fellow musician Sarkodie, who also had issues with the organizers over payment to perform, showed up to express his solidarity.

He asked not to be nominated, he wasn’t, on the night of the event he played a show elsewhere and the music awards did not die that year despite many doom mongering ahead of that. So any suggestion that the awards this year will be suicidal without Shatta Wale, on the evidence of last years’ experience, is hogwash in my opinion.
Since he came back on the Ghanaian music scene with a new moniker different from the Bandana we knew previously, Shatta Wale has been a huge force on the scene and especially so around the annual VGMA. His initial burst up was with Kakie and Charterhouse when the young lady won the dancehall category award he felt should have gone to him, the self-proclaimed “Dacehall King”.

The insults to both Kakie and the organizers were serious, some very high in the unprintable words category. It did not just end with words on social media, but he went to the studio to put together a few words in a song directed at Charterhouse. In effect he said he did not need their awards.

There was however a turn of events as he took back the words he rained against Kakie and apologized, he also apologized to Charterhouse at the very death of that year (2013). Some people argued that the apology was not good enough and that he should not be nominated for any award in the 2014 edition of the VGMA.

Some other people, including my good self, argued that you don’t hold a man too much over something he had apologized for and shown open remorse to in no mean a place than the platform of Ghana Rocks, a Charterhouse event. We argued that he had done well that year and he needed to be rewarded; he got nominated.

That night at the Accra International Conference Centre (AICC), the home of VGMA, the person whose song would win the Song of the Year and who would pick the most coveted award on the night, the Artiste of the Year, did not show up. It was after the awards were over that he was seen in the vicinity of the AICC, claiming he was returning from a party and passed by that place.

He went on to make a song to lambast the awards again and also made the statement he made previously and apologized that he did not need the awards. During the days that led to the 2015 VGMA, Shatta Wale came out to ask the organizers not to nominate him and that if they did nominate he would sue them.
This was as a result of a pending court case between the artiste and Charterhouse over a video he posted on social media that the latter felt was defamatory to their CEO and the company. They sued him for GHC10,000,000.

Following that and a couple of months after the VGMA event last year he tweeted that he was selling his awards. His tweet on July 1, 2015 said “am selling da VGMA one all 3 for 2cedis.” His manager at the time, Bull Dog gave further explanation to this tweet when he said on radio that they did not value the Vodafone Ghana Music Awards and the reason his artiste Charles Nii Armah Mensah was selling the plaques he had won from the previous year’s event.

This perhaps was the last straw of the many insults that Shatta Wale had directed at the nation’s biggest entertainment event. He reduced what many people in the music industry look forward to every year and hope their hard work would be crowned with.

There were some who argued at the time and still do that there was nothing wrong with auctioning an award and so Shatta Wale should not be chastised too much over his auctioning action. Indeed, people auction their awards, but they certainly don’t do so for GHC0.67 for one, do they?

Let me say that Shatta Wale again issued an apology sometime in the year (August to be precise), a blanket apology he said was inspired by his new born son, Majesty. The apology was directed towards other musicians he had had previous issues with Samini and Stonebwoy on one hand and his nemesis for three years Charterhouse on the other.

“I want the world to know that any time you wrong somebody you need to let the world know that you are sorry and that is what I’m doing, I’m not doing this for any publicity stunts,” he told Hitz FM’s Amanda Jissih in an interview.

Honestly when the issue of whether or not he will be nominated in this year’s VGMA started coming up, I was going to pull this and say “look here guys, the man has apologized, can we let sleeping dogs lie?” Then I heard him say that the reason he would put in an entry, which he did this week, was because his fans want him to.

That line, “my fans want me to” was the one that ended any courage I had to go before the board and argue on his behalf. A man has to show remorse by himself, knowing what he did was wrong and apologize and not make it sound like it is any third party that is pushing him to do so.

What if these fans tell you tomorrow to not go for Vodafone Ghana Music Awards will you yield to that and stay out again, because your fans say so?

The board of the Ghana Music Awards is made of people who can make a decision on their own and I believe they will make a decision one way or the other. Everybody on that board has just one vote and each would exercise it when it comes to making any decision, including whether or not Shatta Wale should be nominated.

Listen Up: Kofi Kinaata sings for the ladies on ‘Sweetie Pie’