Sex is a waste of time, I prefer weed to it – King Ayisoba 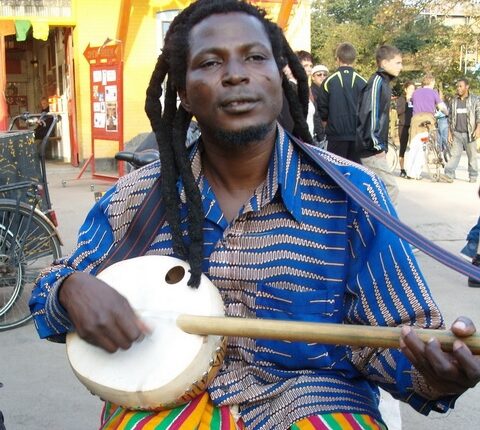 This is definitely not the first time Ghanaian musician King Ayisoba has talked about smoking weed and I guess it would never be the last time although it is an illegality in Ghana.Somewhere last year, the artist stated weed smokers were great legends and cited some few great people dead and alive.

Possessing the substance or using it is an illegality but I am just for the time some authorities will call him to order.

Well, in a recent interview the artist granted to Blakk Rasta, the artist unrelentingly disclosed he has been smoking for the past 25 years starting at age 11 and has never suffered any negative effect but rather helped him in his music career. According to him, he used weed as his medicine.

Comparing weed to his sex life, the Kologo musician explained he preferred weed to sex as sex was a waste of time although it was one of the demands of man.

“I like weed more than sex, sex is part of man but a waste of time,” he said.

King Ayisoba, hails from Upper East Region of Ghana. He learnt how to play the ‘Kologo’ (a traditional two stringed guitar) from his grandfather, a traditional healer.