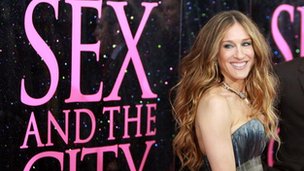 The first 50 pages of a new book by author Candace Bushnell have been leaked by a hacker known as “Guccifer”.

After accessing her email, the hacker uploaded screenshots of the draft manuscript onto Google Drive and tweeted them via her Twitter account.

Also uploaded were emails between Bushnell and her publisher, Grand Central Publishing, about the new work.

Matthew Ballast, of the publishing company, confirmed to Reuters that the leaked document is the author’s work.

Bushnell’s website was also compromised, with links to blog posts about the multiplayer games World of Warcraft and Diablo 3.

She told The Smoking Gun website she was surprised to be targeted by the hacker because “my emails are pretty tame” and said she had been locked out of her account this week.

Guccifer also claims to be behind hacks of the email accounts belonging to former US President George W Bush and his family in February, taking personal emails and photographs.