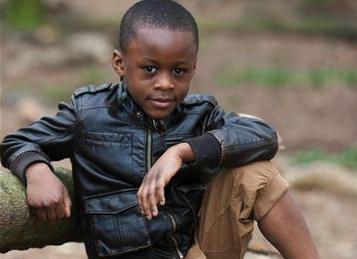 A NORTH London child has won the right to become one of the youngest actors to play a lead role in one of the biggest selling musicals in history.

Nana Bedioko was chosen ahead of 75 other candidates to perform the role of Simba in the hit show, The Lion King.

Nana spent six months auditioning for the major part, and is significantly younger than the usual age of child actors chosen for the role.

Normally, nine and 10-year-olds have been asked to perform on stage, four days a week in front of sell-out audiences.

Nana began his acting training at Highgate Stagecoach theatre school, having been there for over two years.

His proud mother, Matilda Doateng, said she enrolled her son in the performing arts because of his “very cute” appearance and his eagerness to sing from a young age.

“When he was younger he was very good-looking and would sing all the time”, she told Broadway Ham & High.

“When he was two or three he used to sing all the R&B songs and as he grew up he started acting. I’m very proud of him.

“I never expected he was going to get through [the auditions]”, added Tottenham mother.

“He was just enjoying the experience.”

Nana, of Ghanaian heritage, will make his West End debut next month – his premiere will also be the first time his mother will have seen the show.