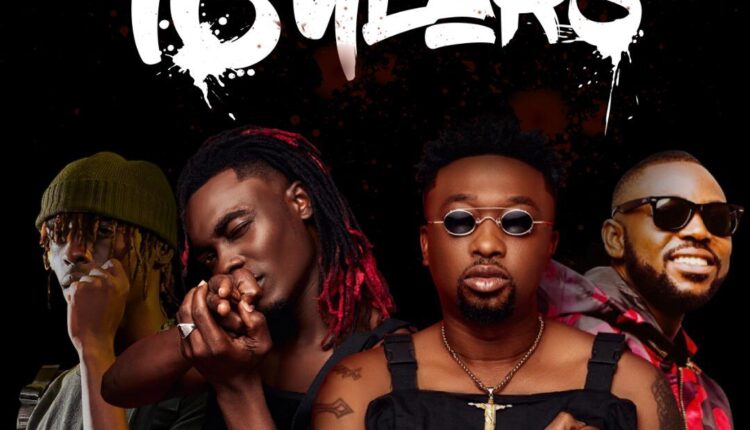 So surprising that while some of their colleague artistes are obsessed with underage dates, Scata Bada, Fontom,  Yaa Pono and Kofi Mole have rather taken the opposite seat.

This moral four’s collaboration will break down the good old sugar daddy mantra and perhaps disturb a lot of these teenage slay girls who fancy rich dates twice their age.

Dubbed “16 Years” and even with its bashing lyrics that clearly whip teenage girls hard for their sexually provocative antics made at men, the track sounds like a morally corrective track and it is just so actually.

All four of the artistes on the track not only dread the law and want to escape some legal suit, but they set out to preach a collective street gospel against underage dating.

Official date for “16 Years” is not yet fixed, but it is suspected that the song will mostly likely be given an early August release.

Producer Qwesi King displayed senior deftness at this production too, as just he does always.