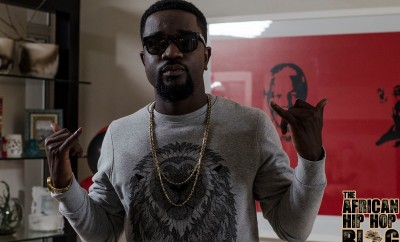 Two time winner of artist of the year at the Ghana Music Awards and a winner of Best Africa Act at the BETs, Michael Owusu Addo otherwise known as Sarkodie is next to join the list of extraordinary show stoppers to rock the Garden City of Kumasi on the 24th of December 2013 in a special pre Christmas party dubbed 24th December Concert.

Disclosing the big surprise to www.nydjlive.com, Kelvin Poku, CEO of Kumasi’s entertainment stalwart Homeproud explained his outfit was interested in living above its precedence and therefore the decision to put together all these great artists.

The show which comes up on Tuesday December 24th will see  a battle for supremacy as Adult Music hit maker Kwabena Kwabena takes on Nigerian music legend 2 Face Idibia who comes down with a 10 men band as Sarkodie also takes on Ghanaian born UK based artist Fuse ODG.

Sarkodie is expected to officially take advantage of the event to launch his Sarkology album which is due for release early this December.

I Will Do Anything to Protect Fuse ODG – Andre Hackett