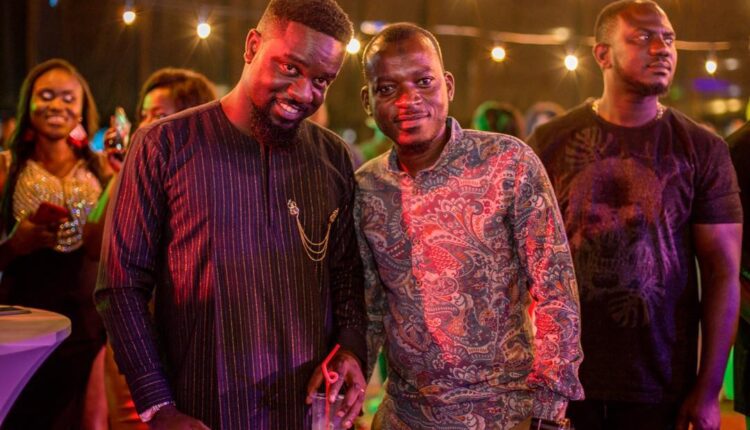 Having recorded over 100 mixtapes and several other hit records with Sarkodie, music producer Possigee is one special dude you don’t want to let  go and Sarkodie knows this.

For many who have followed the career of Sarkodie since the early 2000’s, there is a  name he often mentions “Possi”.

Incase you wondered what that meant, it was simply his own way of calling  Possigee.

The musician who has on several occasions   expressed his admiration and appreciation for the producer for his impact in his life in a recent  tweet  wondered how he would survive without the music producer.

The tweet was borne out out of a Possigee’s recent interview with  NY DJ on BTM Afrika.

Sharing the link to the interview , Sarkodie wrote “You know I was actually thinking the other day, I don’t know how I can survive without this man right there … Like how would life be???

You know I was actually thinking the other day, I don’t know how I can survive without this man right there … Like how would life be??? https://t.co/jDJIRHrLkL

Despite having appreciated Possigee on several occasions, Sarkodie on Bleeding, a track that featured on his recent 6 track tape ALPHA mentioned Possigee saying “Chale, Possigee, I owe you a lot”.

Strongman, Medikal Apologize To Each Other For Involving Their Girls In ‘Beef’