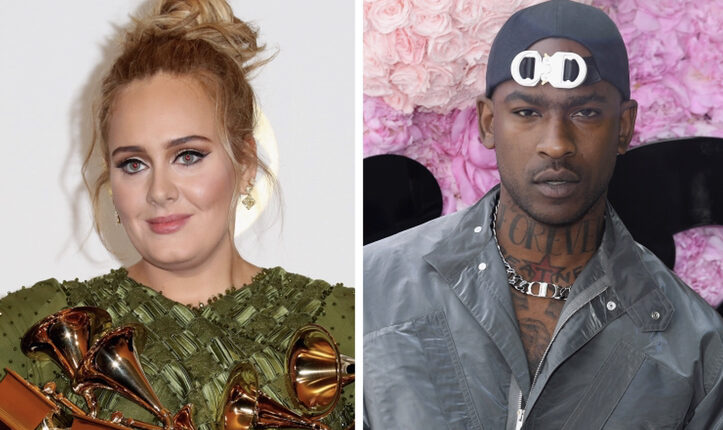 Could Adele already be singing “Hello from the other side”? Her move-on game might be stronger than we all thought. Adele has reportedly been on a number of dates with Grime star Skepta and  The Sun  reports that her friends predict they could actually make it official.

They already have a few things in common. For starters, they both hail from Tottenham. They also have one child each.

As you may  know, Adele split from her husband Simon Konecki back in April after being with each other since 2011 and officially filed for divorce last month. Skepta was in his own high-profile relationship not too long ago, when he was linked to supermodel Naomi Campbell.

Adele reportedly celebrated Skepta’s 37th birthday during a night out at the Crystal Maze experience in London less than two weeks ago.

A source told The Sun: “Adele and Skepta have been there for each other a lot after both their relationships split up. They have a close bond and there’s definitely a special connection…They’re spending more and more time together. Some of their friends are hoping and predicting they could end up being a great couple one day.”

Their long-standing friendship has been documented on IG as well. Adele shared a pic of Skepta back in 2016 with the caption “Tottenham Boy” alongside a heart emoji. Skepta retweeted Adele’s pic and seemingly thanked her for the love by saying “love you” next to a red rose emoji.

Skepta told ES Magazine in 2016, “Adele texts me all the time and keeps me in check. She speaks to me about how things are going.”

Skepta also talked about her supportive IG post and what it meant to him.

“I was actually going to quit music that day, that was one of the sickest things ever,” Skepta told IBTimes UK. “She’s like the lady of Tottenham.”

Sarkodie Announces Activities For Maiden Edition of This Is Tema Festival

Ministry of Tourism, Creative Arts and Culture To Launch Platform To Sell Ghanaian…