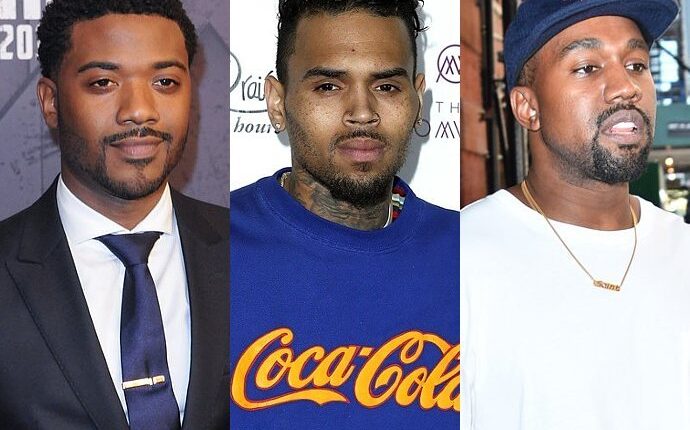 
Ray J is readying a response to Kanye West’s “Famous” with the help from Chris Brown. Kim Kardashian’s ex considered legal action after his naked lookalike was featured in Kanye’s “Famous” video, but he’s about to respond in a more creative way, with a song and music video also titled “Famous”.

Speaking about his new album “Raydemption” which he will release independently, Ray says, “I really wasn’t going to put out another album because I was doing my tech and bikes. But I went in the studio, and I felt like I was just connecting with the music. The bars started coming.”

Ray’s own version of “Famous” will serve as the first single off his new album. Although the “I Hit It First” hitmaker avoids mentioning Kanye and Kim, he says, “You can’t fault me and Chris for responding to all the things that have been done about us [in the media] over the last few months.”

Ray will release “Raydemption” on the LookHu.com streaming platform. According to LookHu CEO Byron Booker, the album will be “a controversial record in which Ray sets the record straight, reclaims his power and moves forward.” The singer also has something to say about the infamous Kardashian sex tape.

When asked if he stays in touch with Kim, Ray replies, “Shhh…. I’m married. Married men don’t do that. We don’t talk about women. I love my wife [Princess Love]. Period. Period. Period.”

Meanwhile, Chris “is going to be talking about his rendezvous with certain celebrities in his past, as well as certain women that he helped catapult to fame,” according to Bryon. The songs and video segments will also feature Justin Bieber, Snoop Dogg, The Game, Too Short and Kid Ink.

Hate is for losers – D Black