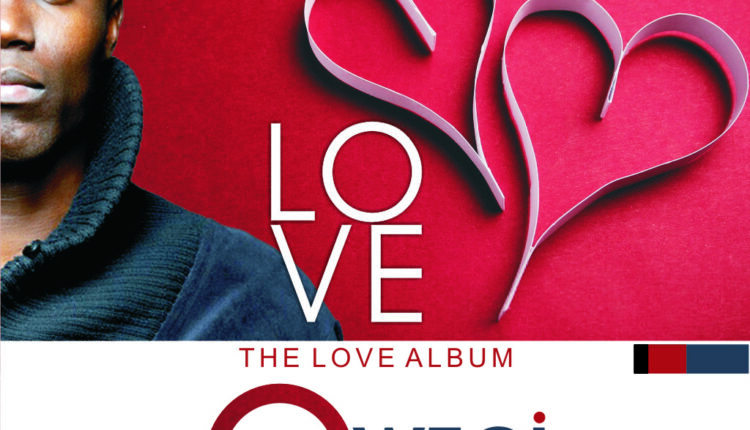 Ghana’s AFRO R&B / POP sensation QWECi formerly known as Ded Buddy has officially released his most anticipated album ‘LOVE’ which is dubbed a ‘MASTERPIECE’ by critic and fans alike who have had the opportunity to sample the album during a preview at a secret location.

QWECi burst into the Ghanaian music scene in the late nineties with hits like ’Yebesa’, ‘Abofra Wisua’, ‘Sansankroma’, and followed by an album that shot to the top of the charts.

He is known to craft hit tracks and even whilst away in New York, QWECi released his second album on iTunes and physical stores across the world. He followed up with an EP ‘LOVE THE WORLD’ after which the journey for the ‘LOVE’ album began.

The Love album is a 12 track AFRO R&B / POP album p roduced, and written by QWECi for the enjoyment of all good music lovers.

QWECi fuses afro instruments (sounds) with synth and acoustics to create that rich feel good music that his fans can enjoy and dance to.

The album starts off with the remastered version of ‘Yebesa’ followed by the 2013 / 2014 / 2015 Radio and Television hit singles ‘Mipe Wo Saa’, ‘Ohemaa’, ‘Saka Saka’, and ‘Fa B3 W)’ which features Edem. Other tracks on this album will leave fans on a replay mode. Songs Like ‘Love Song’, ‘Faithful’, ‘I Dey For You’, ‘Forever’, and ‘All my Life’ were passionately crafted for ‘LOVE’.

The Love Album by QWECi formerly Ded Buddy is here! A perfect Gift for Him or Her and all in love. The LOVE album is distributed by AFRICORI worldwide.

New Squad: Brown Berry is the latest addition to YFM| Joins the HOTSQUAD